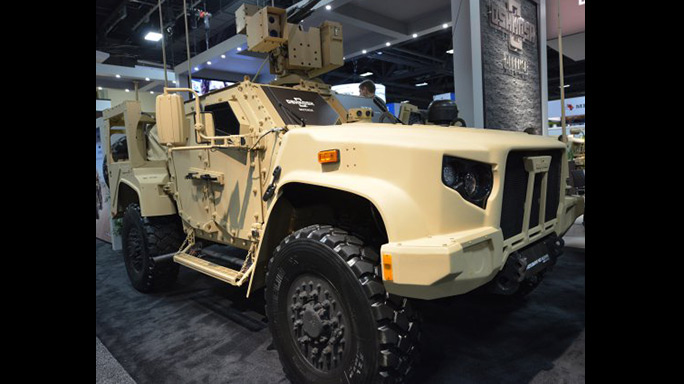 1 of 3
Photo by Gary Sheftick
Oshkosh Defense Delivers JLTVs To Army, Marines For Testing
A Joint Light Tactical Vehicle production model is displayed by Oshkosh on the floor of the AUSA Annual Meeting and Exhibition in the Washington Convention Center Oct. 4, 2016. 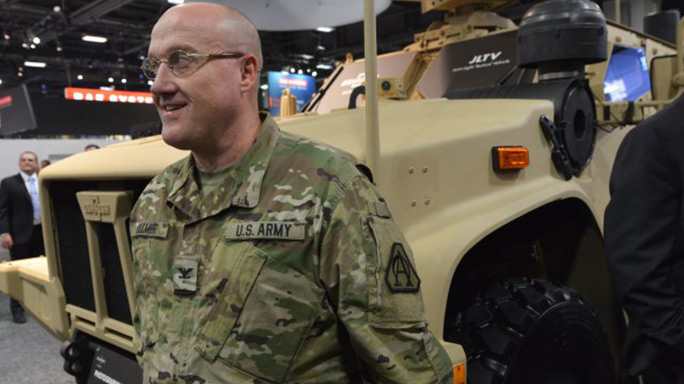 2 of 3
Photo by Gary Sheftick
Oshkosh Defense Delivers JLTVs To Army, Marines For Testing
Col. Shane Fullmer, project manager for the Joint Light Tactical Vehicle, stands in front of a JLTV production model on the floor of the AUSA Annual Meeting and Exhibition in the Washington Convention Center Oct. 4, 2016. 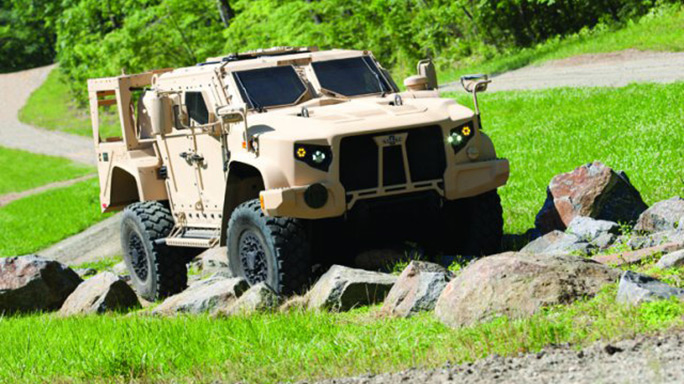 3 of 3
Photo by Oshkosh Defense
Oshkosh Defense Delivers JLTVs To Army, Marines For Testing
An Oshkosh Defense prototype of the Joint Light Tactical Vehicle negotiates an off-road demonstration course at Quantico, Va., in June 2013. The Oshkosh version beat out JLTV prototypes there from AM General and Lockheed Martin. 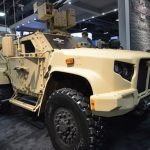 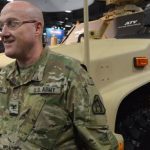 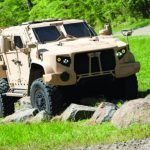 Oshkosh Defense has delivered seven of its Joint Light Tactical Vehicles (JLTV) to the Army and Marine Corps for testing; the first batch out of a planned 100 such vehicles to be tested over the next year at a rate of around 10 per month, the Army said in a press release.

The highly-anticipated JLTV is a tactical wheeled vehicle with a chassis that shields from underbelly blasts. It also boasts an “intelligent” suspension system that is capable of being raised and lowered for off-road conditions, and it offers superior fuel efficiency than the tactical vehicles that are currently in use.

“It’s on schedule,” said Scott Davis, program executive officer for combat support and combat service support, about the JLTV program. “It’s doing everything we ever expected it to. It’s just incredible.”

Col. Shane Fullmer, JLTV project manager, said a decision regarding the caliber of the weapons to be fielded on the variants will be made within the next few months.

Full production on the JLTV program is scheduled to start in 2019. 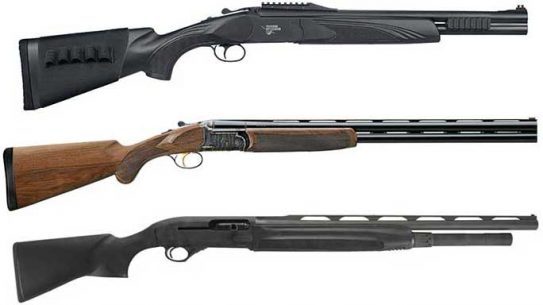 A fine selection of 16 side-by-side and over/under double barrel shotguns from some of...