CBSA officials said a 42-year-old California man was moving to Ottawa to join his spouse and arranged to mail the weapons from the United States in containers along with his furniture.

When the man went to retrieve his goods last Tuesday and filed the usual release request with the CBSA, he declared having two pellet guns in the shipment, leading officers to examine the containers more closely.

Authorities uncovered more than 100 prohibited weapons, including an A-15 semi-automatic assault rifle, a .380-calibre handgun, martial arts weapons and several kinds of knives, some of which were hidden inside futons, CBSA said.

Officials said their investigation suggests that the weapons were part of the man’s personal collection and shipping them to Ottawa wasn’t part of a larger criminal plan, CBSA spokesperson Denis Vinette said.

The weapons seizure could be the single largest ever in the Ottawa region.

Vinette said the agency has performed 46 weapons seizures and collected 197 individual arms in the past three years in the region.

Robert Frost is charged with failing to report goods, making false statements and smuggling under the Customs Act. He is also charged with violating the Criminal Code statutes governing the importation of controlled weapons. 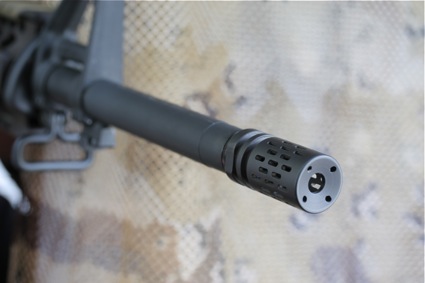