The West Memphis police chief who said his officers are outgunned would find a strong ally in a great-grandmother in Maine named Paulette Beaudoin.

Beaudoin, 76, is a state representative from Biddeford who sponsored legislation that is providing Maine State Police troopers with more firepower in the form of AR-15 assault rifles, replacing their 9mm Ruger rifles.

“It’s like we’re sending them out and saying ‘go get killed,’ in a sense, with the 9 millimeter,” Beaudoin said Wednesday. “They need the AR-15; they need the protection.”

The rapidly fired bullets from an AK-47 assault rifle wielded by a teenager last week pierced a West Memphis police car and its engine as two officers were killed.

Scott Knight, the Chaska, Minn., chief of police and chairman of the firearms committee for the International Association of Chiefs of Police, said many departments nationwide have evolved from arming officers with shotguns and 9mm carbine rifles to issuing military-style AR-15 and AK-47 assault weapons.

“I assure you this is not a trendy thing,” said Knight, chief of a department that has AR-15 rifles in patrol cars. “This is a necessity-driven change.”

However, he also said law enforcers have seen an “uptick” in being outgunned since Congress allowed a 10-year federal ban on assault weapons to expire in 2004.

The association has lobbied to revive the ban, but that idea “is not even being entertained” in Washington, Knight said.

West Memphis Police Chief Bob Paudert said his officers are outgunned after two of them — his son, Sgt. Brandon Paudert, and officer Bill Evans — were killed May 20 during a traffic stop on Interstate 40 by suspects armed with an AK-47.

“In fact, we had SWAT team members that were actually on the scene at Walmart when we came in contact with the suspects,” Allen said.

According to FBI statistics, of the 530 law enforcement officers who were killed nationwide from 1999 to 2008, 131 of them, about 25 percent, were shot with rifles or shotguns.

Of the 18 cases where bullets penetrated the officers’ body armor, all but one involved rifles.

Knight said that one of the benefits that the federal ban on assault weapons provided for police was limiting to 10 the number of bullets that gun magazines for the public could hold.

Now, magazines hold 30 or more rounds, “which means the criminals our officers face have less need to reload,” Knight said.

In Maine, Beaudoin recalled one member of a legislative committee who opposed her successful push to ramp up the arms race with criminals and supply troopers with assault rifles.

“Funny, it was a man who used to be in the police force, and that blew me away,” she said. 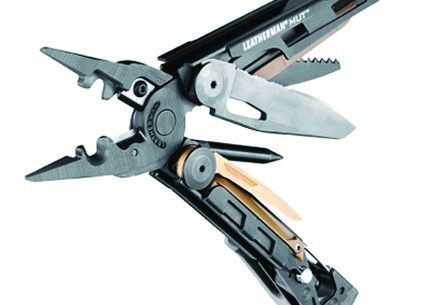