The bill would have provided the same right to use lethal force in self-defense outside and inside the home.

The so-called castle doctrine in state law gives people the right to shoot an intruder in their home or office without retreat. The bill would have extended that protection to locations such as driveways, streets and parks if a person was confronted by an assailant intent on inflicting death or bodily injury.

Kim Stolfer of McDonald, chairman of Firearms Owners Against Crime, was optimistic the bill can still become law in 2011 under Republican Gov.-elect Tom Corbett. “I believe by summer it will be law,” said Stolfer, citing broad bipartisan support. Corbett has said he would support the legislation.

But the bill must start anew in January, after a six-year effort by Western Pennsylvania gun owners to get the legislation to the governor’s desk.

Rendell said the castle doctrine-extension bill “would have threatened — not enhanced — the public safety of Pennsylvania citizens.”

“The bill as passed encourages the use of deadly force, even when safe retreat is available, and advances a shoot first, ask questions later mentality,” said Rendell, a former Philadelphia district attorney.

“Pennsylvania needs a law that supports law-abiding citizens who act in self-defense, not one that gives thugs a new line of defense to escape the law,” Marsico said.

Rendell also vetoed legislation that would have required municipalities to provide workers’ compensation benefits to firefighters who contract cancer unless the employer could prove the cancer was unrelated to the job.

Firefighters face carcinogens in substances such as soot, asbestos, diesel exhaust and burnt plastics. The bill would have created a presumption in state law that firefighters who contract cancer got it on the job.

It would have covered almost 70,000 professional and volunteer firefighters. 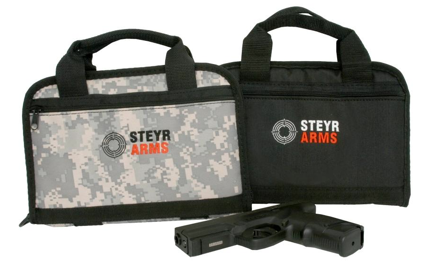