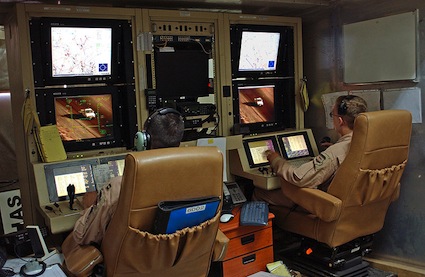 Captain Richard Koll, left, and Airman 1st Class Mike Eulo perform function checks after launching an MQ-1 Predator unmanned aerial vehicle August 7 at Balad Air Base, Iraq. Captain Koll, the pilot, and Airman Eulo, the sensor operator, will handle the Predator in a radius of approximately 25 miles around the base before handing it off to personnel stationed in the United States to continue its mission. Both are assigned to the 46th Expeditionary Reconnaissance Squadron. United States Air Force photo by Master Sergeant Steve Horton

US missiles on Thursday killed the most senior Pakistani in Al-Qaeda, one of the Americans’ main targets in the country and wanted for attacks that killed scores of people, officials said.

Badar Mansoor, who reputedly sent fighters to Afghanistan and ran a training camp in North Waziristan, was killed in a drone strike near the Afghan border, Pakistani officials and a member of his group told AFP.

“He died in the missile attacks overnight in Miranshah. His death is a major blow to Al-Qaeda’s abilities to strike in Pakistan,” a senior Pakistani official told AFP, speaking on condition of anonymity.

His death was confirmed by one of his loyalists.

“Badar Mansoor was killed in the missile attack,” a militant among his group confirmed by telephone. 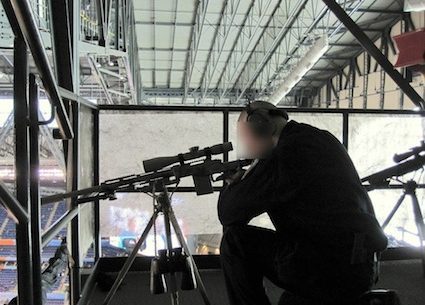 Photos released showing snipers in their security overwatch position at the Super Bowl.