An American construction worker detained in Pakistan on what authorities said was an armed solo mission to kill Osama bin Laden has been examined by a doctor, Pakistani officials said Wednesday, after his relatives warned he had kidney problems and needed dialysis.

Gary Brooks Faulkner was also being questioned by a team of Pakistani investigators, two security officials said on condition of anonymity because they were not authorized to speak to media. They did not give additional details, including what the doctor had determined about the man’s condition.

Catching the al-Qaida chief was 50-year-old Faulkner’s passion, his brother Scott Faulkner said Tuesday. A devout Christian with a prison record, Faulkner has been to Pakistan at least six times, learned some of the local language, and even grew a long beard to blend in, relatives and acquaintances said.

“Our military has not been able to track Osama down yet. It’s been 10 years,” Scott Faulkner told reporters in Denver. “It’s easier as a civilian, dressed in the local dress, to infiltrate the inside, the local people, gain their confidence and get information and intel that you couldn’t get as an American soldier, Navy SEAL, whoever you might be.”

Gary Faulkner, of Greeley, Colorado, arrived June 3 in the town of Bumburate. He was assigned a police guard, as is common for foreigners visiting remote parts of Pakistan. When he checked out of a hotel without informing the guard, officers began looking for him, senior police official Mumtaz Ahmad Khan said.

Faulkner was found late Sunday in a forest.

“We initially laughed when he told us that he wanted to kill Osama bin Laden,” Khan said. But when officers found weapons, including a 40-inch sword and a pistol as well as night-vision equipment, “our suspicion grew.”

He said Faulkner was trying to cross into the nearby Afghan region of Nuristan, one of several rumored hiding places for bin Laden along the rugged Afghan-Pakistan border.

Faulkner’s sister, Deanna M. Faulkner of Grand Junction, Colorado, said her brother suffers from kidney disease that has left him with only 9 percent kidney function. “I’m worried about him. I’m worried that in Pakistan they won’t give him his dialysis and if he doesn’t get it, he’s in serious trouble,” she said.

U.S. Embassy spokesman Rick Snelsire said American officials were seeking consular access to a U.S. citizen in Pakistani custody and that once given, they could help arrange for medical care.

Gary Faulkner retained vivid memories of the Sept. 11, 2001, terrorist attacks and was serious but rational about his search, his brother Scott said. When Scott Faulkner dropped his brother off at Denver’s airport May 30, the two discussed the possibility Faulkner would not return alive.

“He’s as normal as you and I,” Scott Faulkner said. “He’s just very passionate.” 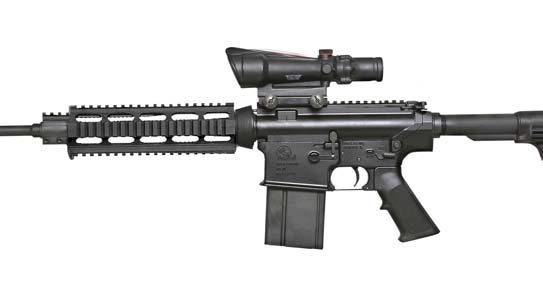