Warning: The above video contains graphic language … largely in part to K9 Shep sinking his teeth into the suspect.

Police K9s are fantastic creatures. They’re smart, loyal and brave. Perhaps no K9 encapsulates that more than K9 Shep of the Florida-based Pasco Sheriff’s Office, who has now been featured on Tactical-Life.com twice. 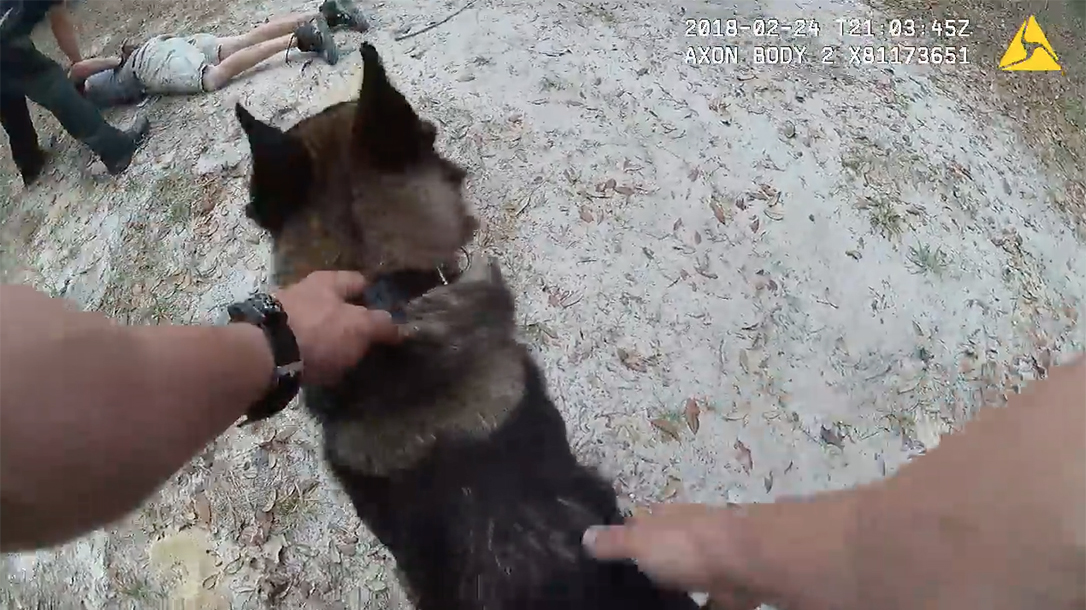 Last week Shep went into action with deputy Nick Carmack during a chase with a suspect.

K9 Shep Does it Again

Deputy Carmack attempted a traffic stop on a stolen vehicle on Sept. 4 when police said the vehicle fled. The vehicle eventually turned into a driveway.

The driver and one passenger fled on foot, according to police. It was then that Carmack deployed K9 Shep.

Watching the body cam video above, K9 Shep leaped a wired fence with a some help from Carmack and quick apprehended one of the suspects. Shep holds the suspect until Carmack arrives and places him into handcuffs.

The suspect was medically cleared and arrested, according to police.

Later, Deputy Rob Wilkins and K9 Knox were deployed to locate the additional individual who fled from the vehicle. Police said they were also located and arrested.

Police charged both suspects with Grand Theft Auto, Fleeing to Elude, Criminal Mischief, and Child Neglect as there was an infant child in the vehicle during the pursuit and who was left in the car when the suspects fled from the vehicle.

“We again want to highlight the good work of our K9s and deputies in swiftly apprehending these suspects,” the Pasco Sheriff’s Office said in a statement.

This is the second time in 2018 that Shep has gone viral. In February, Shep and Carmack successfully apprehend separate suspects after another car chase.

Watch below as Carmack — and K9 Shep — react to their most recent arrest. 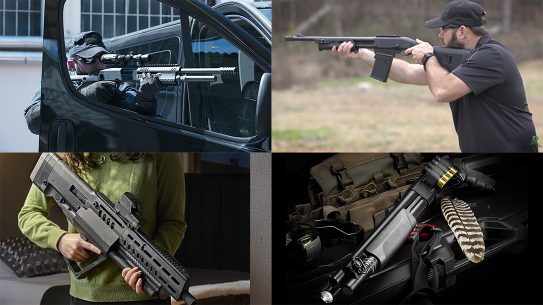 With exciting offerings from Mossberg, Remington and beyond, scatterguns are still going strong. Here...