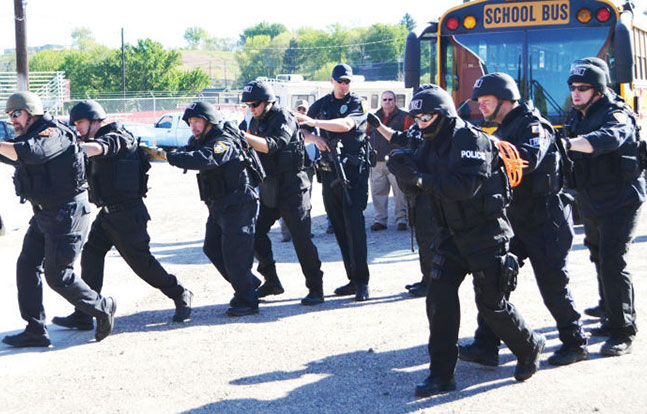 The Payette County Special Response Team worked in conjunction with members of the Payette School District this week for active shooter training scenarios on school buses.

Members of the Idaho school district posed as passengers and hostages, with several also posing as suspects, according to the Argus Observer.

The scenario began with school employees loading onto the bus and selecting one of their own as a “hostage taker.”

A point of contact was established with the subject on the bus by Assistant Team Leader Sgt. [Brandon] Stromberg. Information was provided on the location of the bus, as well as a brief description of the suspect. Simultaneously, a briefing was conducted at SRT headquarters where a diagram was created of specific engine kill switches and door opening switches that would aid the team in quickly immobilizing the bus and gain entry to the passenger compartment. Team members were then assigned to specific duties for the operation and loaded in the SRT bus, in preparation for deployment.

The acting suspect was disarmed and placed into custody after a number of tactics, including a hand thrown diversionary device, were deployed by the Payette County Special Response Team.

Payette County is located on the border with Oregon. Its SRT is “comprised of local law enforcement from the Sheriff’s Department, Payette and Fruitland Police Departments,” according the to Argus Observer. 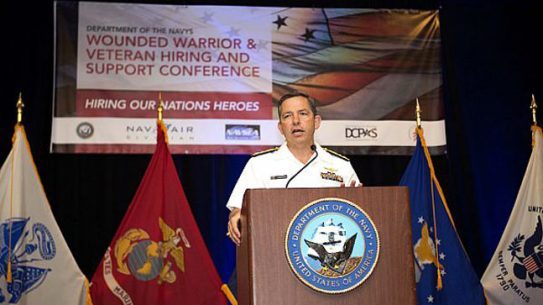 The second day of the 4th annual Wounded Warrior Hiring and Support Conference is...