Legislation now before the House Judiciary Committee is just a paragraph long, but it has set off a major battle between firearms owners and law enforcement authorities who want to reduce gun violence, especially in Philadelphia.

State Rep. Bryan Lentz, a Delaware County Democrat who’s running for a congressional seat in suburban Philadelphia, has introduced House Bill 2536, aimed at ending the “Florida gun loophole.” It would prevent Pennsylvanians who have been denied a Pennsylvania license to carry a concealed firearm (or have had their Pennsylvania permit revoked) from simply getting a license from another state.

The proposed legislation would prohibit Pennsylvania residents from exploiting what Mr. Lentz calls a loophole in current law, a provision that lets them obtain a license to carry from another state.

Mr. Lentz said his bill is needed “to ensure that local authorities retain control over the [firearms] permit process and that Pennsylvania residents who are granted a license to carry have met the standards of our state and not those of another state, whose standards may be less than ours.”

Residents of other states can now carry concealed weapons in Pennsylvania if they have permits issued by their home states.

Florida has been a popular state for Pennsylvanians to use the end run on gun permits. It has issued about 3,000 weapons permits to Pennsylvanians, in part because many vacationers and “snow birds” from the Keystone State go there for the beaches, sun and Disney World.

However, Mr. Lentz said, many Pennsylvanians who get Florida permits have “absolutely no connection” to the Sunshine State — they merely go there online or through the mail.

Pennsylvania law requires a person to be licensed in order to carry a concealed weapon on his person or in his vehicle. No permit is required to openly carry a firearm.

But Pennsylvania permits are not issued by the state police or another state agency. They’re given out by the county sheriff in 66 Pennsylvania counties and by city police in Philadelphia.

Philadelphia has had serious problems with gun-related violence and killings for years, which police are trying to stop.

Mr. Lentz cited a case where a man was arrested in a rental car at the Philadelphia airport. There was a loaded weapon in the car trunk and another gun concealed on his person. The man had had his Pennsylvania license revoked. 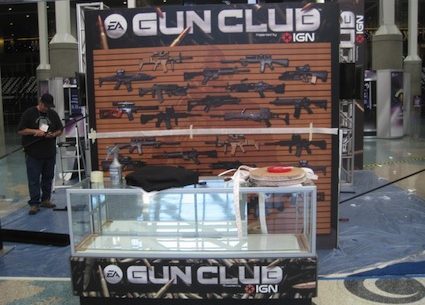 Legislation now before the House Judiciary Committee is just a paragraph long, but it…