A vapor trial forms from what some say was a missile launched off the California coast on Monday. On Wednesday, the Pentagon said that an airplane and not a missile launch was the likely cause of the trail.

The mysterious vapor trail off the Southern California coast was probably an airplane and not a missile, the Pentagon and NASA experts said Wednesday.

“There is no evidence to suggest that this is anything else other than a condensation trail from an aircraft,” said Marine Col. Dave Lapan, a Pentagon spokesman.

He said that officials are satisfied the phenomenon was an airplane vapor trail distorted by camera angle, winds and other environmental factors.

Lapan said military experts studied the video and talked to all the government agencies that might have been involved in a missile launch and none reported having launched one.

The conclusion was independently supported by Al Bowers, associate director of research at NASA’s Dryden Flight Research Center in the Mojave Desert, and Patrick Minnis, a senior research scientist at NASA’s Langley Research Center in Virginia, who studies remote sensing of the atmosphere and Earth’s surface.

A missile “could potentially have a contrail that shape,” Bowers said, but “the motion looks a little suspect to me, and my conclusion would be that, yeah, it’s most probably an aircraft.”

A CBS television affiliate on Monday videotaped the vapor trail that many viewers believed resembled the cloudy track of a missile in flight.

Lapan said the Federal Aviation Administration had run radar replays of air traffic. The FAA said the replays “did not reveal any fast-moving, unidentified targets.” And no pilots reported unusual sightings, the agency said. 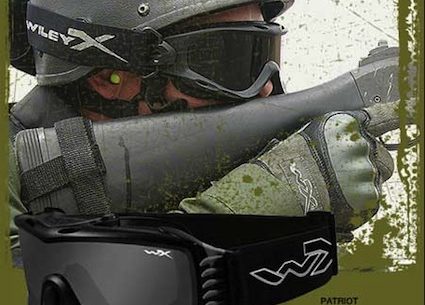 Wiley X salutes the brave men and women of the armed forces.