WASHINGTON, Feb. 13, 2008 – Top Pentagon officials today urged Congress to approve a fiscal 2009 defense budget that would grow and modernize the U.S. military, and enhance servicemembers’ quality of life. The $491 billion budget request allocates about $179 billion to maintain the 2.2 million-member armed forces and increase the size of the Army and Marine Corps. It also dedicates $183.8 billion to modernizing U.S. forces and about $150 billion to fund troops’ health care and other benefits.

“In light of this strategic environment, we must make the choices and investments necessary to protect the security, prosperity and freedom of Americans for today and for future generations,” Gates said in opening remarks in a hearing before the defense subcommittee of the House Appropriations Committee.

Deputy Defense Secretary Gordon England read the prepared remarks on behalf of Gates, who was unable to attend the hearing for medical reasons.

Gates’ statement said the total budget request, which marks a $35.9 billion increase over fiscal 2008 funding, accounts for about 4 percent of the United States’ gross domestic product, the total market value produced by goods and services in a fiscal year. By comparison, defense spending during the Korean War accounted for 14 percent of the GDP, and 9 percent during the Vietnam War, he said.

Similarly, the budget provides $5 billion to increase Marine Corps strength to 194,000, which includes an increase of 5,000 Marines over the fiscal 2008 request. To achieve three balanced expeditionary units, and to increase time at home between deployments, the Corps plans to increase end strength by a total of 27,000, to 202,000, by fiscal 2011.

The budget emphasizes the quality of life for armed forces personnel and families, including a 3.4 percent military pay raise. With a fiscal year increase of nearly $10 billion, the budget includes improvements in health care and housing.

In addition to a $515.4 billion overall request in discretionary authorization, the Defense Department is requesting a separate $70 billion for funding the global war on terrorism, including operations in Iraq and Afghanistan.

Navy Adm. Michael G. Mullen, chairman of the Joint Chiefs of Staff, also appeared before the subcommittee. Mullen said the U.S. armed forces remains the most powerful and capable military that exists today, but conceded that “that power is not assured for tomorrow.”

Mullen said the Defense Department should take pride in the absence of “big surprises” in the budget.

“It says to me that we looked pragmatically at all of our requirements; we did our homework,” he said. “And from a fiscal perspective, (it says) we have a good handle on where we want to go.”

Mullen said that during a recent hearing at the House Armed Services Committee, he told congressional members that U.S. operations in Iraq are going well, as indicated by decreased levels of violence and increased commerce. Al Qaeda is on the run, he said, and Iraqi politics are beginning to make progress.

The chairman attributed the successes to the troop surge that began last year and to improved counterinsurgency implementation. He also credited Army Gen. David H. Petraeus, commander of Multinational Force Iraq, and U.S. Ambassador to Iraq Ryan C. Crocker for their leadership and results.

“(But) as both men have made clear: progress is tenuous and must be very carefully watched,” Mullen said.

To ensure operational progress, and to fund programs designed to mitigate stress on troops and their families, Mullen urged the committee to appropriate the remaining $102.5 billion of the fiscal 2008 global war on terrorism supplemental funding request.

In his remarks, Gates said the delay in the supplemental funding bill is degrading the Defense Department’s ability to operate and sustain the force at home and in theater and is making it difficult to manage the department in a “fiscally sound” way.

“The Department of Defense is like the world’s biggest supertanker: it cannot be steered like a skiff,” he said. “I urge approval of the fiscal 2008 (global war on terrorism) request as quickly as possible.” 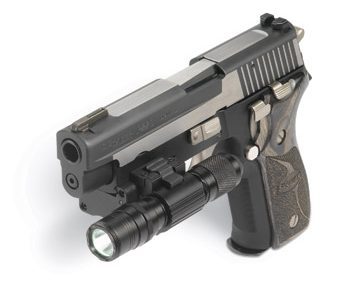