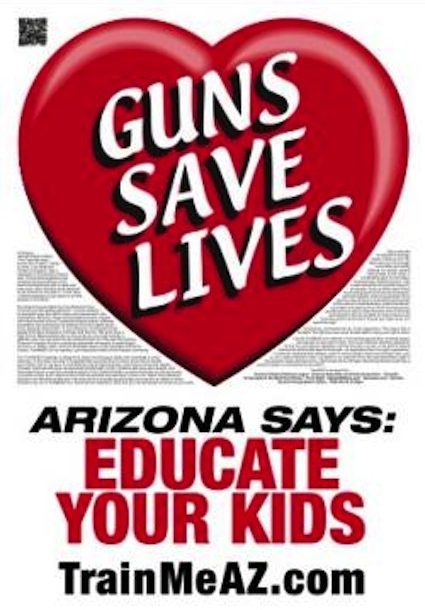 The Goldwater Institute has filed a lawsuit against the city of Phoenix, alleging unconstitutional suppression of free speech. The city in October last year had censored a set of gun-safety-training advertisements posted under contract by TrainMeAZ LLC, a coalition of members of the firearms industry. (Goldwater’s announcement is at the end of this post.)

The group’s website, TrainMeAZ.com, displays the censored “Educate Your Kids” promotional ads, along with others the group has erected around the state. A total of 50 illuminated bus-stop ads had been posted around the city under contract for about one week before Phoenix told its contractor, CBS Outdoor, to tear down the printed messages. CBS replaced them with public-service announcements and some out-of-date older ads to fill the space. See the censored ads here:

“My jaw dropped when people began to call asking where our ads went,” said Alan Korwin, author of The Arizona Gun Owner’s Guide and manager of the TrainMeAZ program. “We were getting great responses when the city let us know they had decided our ads were unacceptable,” he said. “What power do they have to sit in judgment of our free speech? We began an active dialog with the city about the content to which they objected. While we awaited the next phone call, they had them all torn down literally overnight, without notice,” Korwin said.

The suit charges the city with several violations of fundamental rights. First, the Phoenix transit advertising standards on their face impose greater restrictions on noncommercial than on commercial speech, which is unconstitutional. The standards are also impermissibly vague, and are arbitrarily and unequally applied — for which there is substantial proof — all of which are constitutionally unacceptable. From the complaint: “Because defendants are violating plaintiffs’ federal and state constitutional rights to free expression, due process and equal protection, the transit advertising standards as written and enforced cannot stand.”

The free-speech clause of the Arizona Constitution is generally considered a stronger protection of rights than the federal First Amendment protection. This is because Arizona specifically guarantees a right, as opposed to simply preventing government from acting against the right. The state Constitution says:

6. Freedom of speech and press
Section 6. Every person may freely speak,
write, and publish on all subjects,
being responsible for the abuse of that right.

The ads featured a bright red heart with the words, “Guns Save Lives,” and a headline reading, “Educate your kids. TrainMeAZ.com.” Though the website is filled with commercial shooting ranges and training opportunities for people to hire and use, the city claimed the ads were non-commercial and public-service advertising, both of which it claims it can censor.

A survey of ads posted at the time revealed numerous public-service ads and others that did not explicitly “propose a commercial transaction,” which the city claims is a prerequisite for all ads. This suggests it was actually the content to which the city objected, a speech restriction government cannot legitimately make. At the least, the standard is inconsistently and arbitrarily applied. The city in no uncertain terms publicly stated at a meeting that the non-headline content-rich text of the ad had to be removed. That text can be read at the bottom of the TrainMeAZ.com home page. http://www.trainmeaz.com Content-based censorship has virtually no support in the legal system.

A series of announcements is planned as the case proceeds.

The Goldwater Institute has set up a web page to track the case: http://www.goldwaterinstitute.org/korwinvcotton 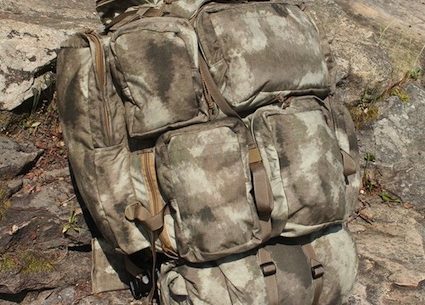 The Goldwater Institute has filed a lawsuit against the city of Phoenix, alleging unconstitutional…