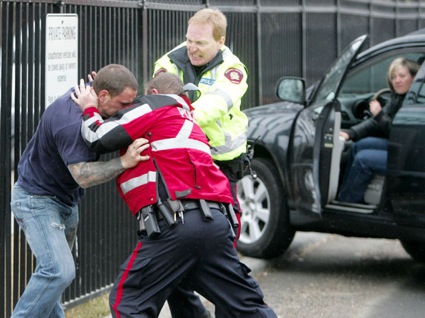 I’m used to chasing news, but becoming part of it? Not so much.

What started as a typical day on the job as a photographer for the Calgary Sun is now a freakish memory that won’t fade any time soon.

I was at Louise Riley Library on 14 Ave. N.W. when my editor emailed to say a jewelery store had been robbed a few blocks away. I ran to my car and heard the thief was on the run, with police in hot pursuit.

Then I learned the fugitive had crashed his stolen car nearby and was running toward the Safeway next to me. I pulled into a narrow lane beside the store, hoping to nab a photo of police taking down their man on the other side.

And then I saw a heavily-tattooed muscle-bound brute running full tilt in my direction.

That’s when it stopped being just another day at work. 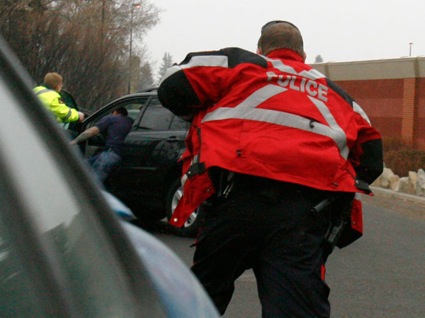 I watched him try unsuccessfully to carjack a vehicle in front of me and then charge straight down the narrow lane in my direction. It didn’t take a genius to know I was his next target, so I locked the doors, threw my car into reverse and hit the gas, spitting gravel in my wake.

I tried to gesture to the woman entering the lot past me to get out of there, but it was too little too late.

“I thought he was trying to catch his missed LRT bus,” Kim Ferner later told me. “Then all of a sudden he tried to get into my car. He opened the door, tried to pull me out, and the next thing I know he’s halfway in my driver’s seat and then steps on my accelerator pedal.”

I saw the struggle in my mirror, and I heard Ferner scream. It’s an image and sound that won’t leave my mind any time soon.

Ferner and the bad guy slammed into a metal fence, and two cops showed up, having chased the man on foot. 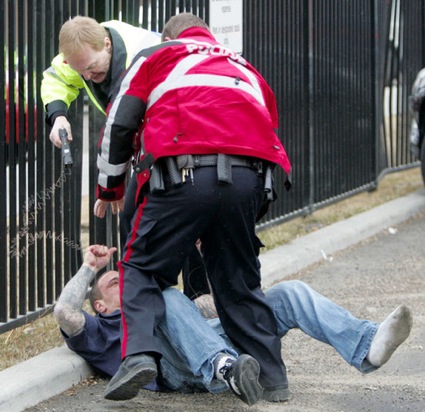 Confident that police were now in control, I hopped out of my car and started firing photos, my adrenaline shooting through the roof.

It took both officers and a zap with a Taser to take the big man down in a wrestling match. After he was cuffed, he walked calmly to a waiting police van.

Read the rest of Lyle Aspinall’s account at The Calgary Sun.

I’m used to chasing news, but becoming part of it? Not so much. What…