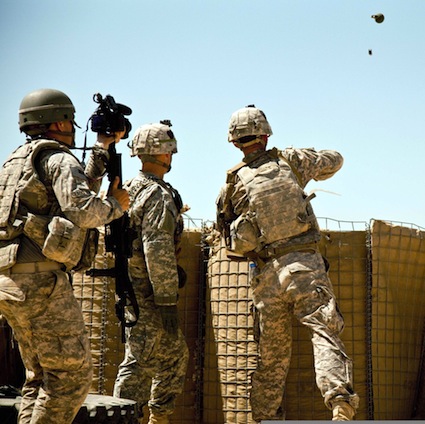 “The basic technology is almost 100 years old,” said Richard Lauch, a Picatinny Arsenal engineer, referring to the Mills Bomb No. 5.

The Mills bomb is the popular name for a series of prominent British hand grenades. They were the first modern fragmentation grenades and named after William Mills, a hand grenade designer.

Lauch, who served in the U.S. Marine Corps, has been on a mission to modernize the hand grenade so that it is safer as well as easier to use and cheaper to produce.

During the last year and half of his Marine service, Lauch was primary marksmanship instructor in the Weapons Training Battalion at Marine Corps Recruit Depot, San Diego, Calif. 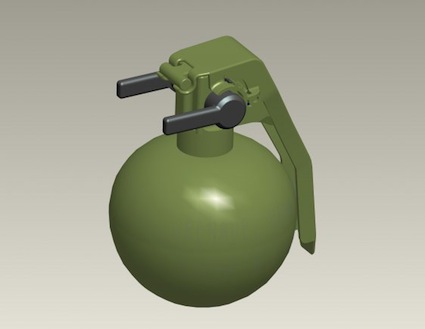 Proposed change to the grenade with a lever instead of a pin.

While he was assisting in training recruits on the proper use of the M67 hand grenade, Lauch became intimately familiar with what he saw as the grenade’s deficiencies.

The current grenade fuze design only allows for a right-handed user to throw it in the upright position. A lefty has to hold the grenade upside down to safely pull the pin.

Also, the current fuze consists of an explosive train that is in-line from production through usage; thus, it is always “armed.”

In a grenade, the explosive train is the sequence of events that begins when the handle is released. That initiates a mechanical strike on a primer, which ignites a slow-burning fuze to provide time for the grenade to be thrown before the fuze sets off the primary explosive.

In an “in-line” explosive train, the sequence is always in-place and ready. Until it is removed, a pin in the handle is the only thing that prevents the sequence from being initiated.

Lauch believes his design is safer because a lefty or righty holds the grenade no differently, and because the grenade can only be armed by rotating the explosive chain in line.

Read the rest of Eric Kowal, RDECOM’s article at Army.mil. 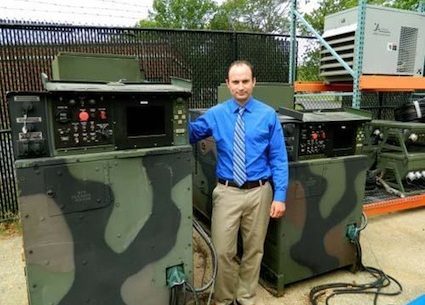