A U.S. military spokesman said Wednesday it was possible that 15 pirates detained after the killing of four American yacht enthusiasts could be sent to the United States to face trial.

Pirates in Somalia, meanwhile, said they were on heightened alert Wednesday after the violent end to the American hostage standoff. Pirates said they ferried more ammunition and fighters on board hijacked ships in their hands, and they threatened to kill hostages if international warships approached.

The military, FBI and Justice Department are working on the next steps for the 15 pirates detained Tuesday, said Bob Prucha, a spokesman for U.S. Central Command in Florida. The Somalis are currently being held on the aircraft carrier USS Enterprise, which is in the waters off East Africa.

Source: The Associated Press via WYTV. 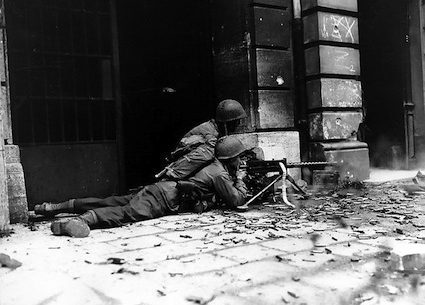 A U.S. military spokesman said Wednesday it was possible that 15 pirates detained after…