A man who allegedly brought a variety of concealed weapons — including two guns and two knives — to a weekend youth-theater show aboard the USS Midway Museum was arrested and faces a half-dozen criminal charges.

Security personnel aboard the decommissioned warship-turned-tourist attraction notified San Diego Harbor Police about 8:30 p.m. Sunday that a visitor, later identified as 51-year-old Thomas Bruce Clarke, was creating some type of problem during a performance by the Christian Community Theater on the vessel’s flight deck, SDHP Sgt. Steve Byrd said.

“Personnel actually said they had seen this gentleman several days in a row,” said Ron Powell with the Port of San Diego.

Officers detained and searched Clarke, allegedly finding him carrying a loaded .45-caliber pistol in a shoulder holster and an illegal fixed-blade knife in a belt sheath. In addition, he allegedly had a concealed switchblade knife and a police-style retractable baton on him, and had a .25-caliber handgun in a “saddlebag” on his Harley-Davidson motorcycle, which was parked in front of the museum, according to Byrd. 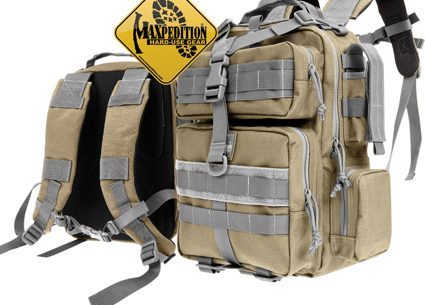