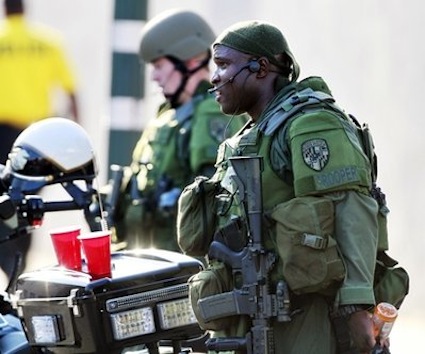 A man who railed against the Discovery Channel’s environmental programming for years burst into the company’s headquarters with at least one explosive device strapped to his body Wednesday and took three people hostage at gunpoint before police shot him to death, officials said.

The hostages — two Discovery Communications employees and a security guard — were unhurt after the four-hour standoff. Montgomery County Police Chief Thomas Manger said tactical officers moved in after officers monitoring the gunman on building security cameras saw him pull out a handgun and point it at a hostage.

An explosive device on the gunman’s body detonated when police shot him, Manger said. Police were trying to determine whether two boxes and two backpacks the gunman had also contained explosives.

A law enforcement official speaking on condition of anonymity because the investigation was ongoing said authorities had identified James J. Lee as the likely suspect. Police had not released the gunman’s identity.

County Police and firefighters Wednesday night looked at a laptop screen that showed an image of a body lying face-up, surrounded by blood. Authorities also sent in a robot to disarm the explosive on the gunman’s body. Police Capt. Paul Starks said the suspect had shot a gun at least once. He also said police believe the suspect was acting alone but are investigating all possibilities.

NBC News reported that after its producers called Discovery’s general number, a man identifying himself as James J. Lee got on the phone and said he had a gun and several bombs. 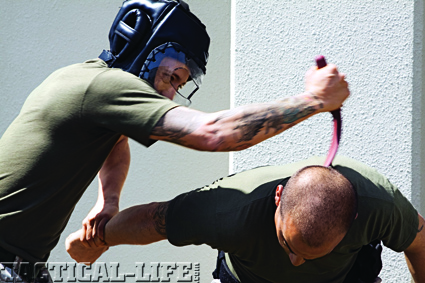