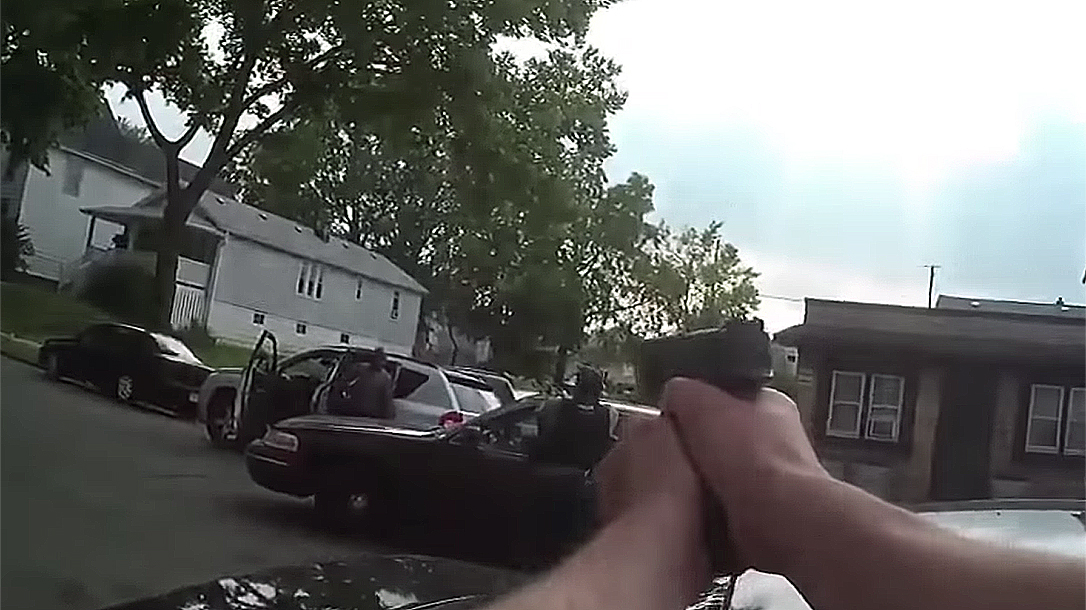 Watch body camera footage of the incident, which occurred on Oct. 29, 2017, in the video above.

After the first two shots, Durocher yells, “He has a gun!” He continues his pursuit and gets a view of Ward running away, when he fires two more shots. Ward drops to the floor and the incident ends.

In the video, Durocher says Ward had a gun in his waistband and that he “waved” it at him. However, according to The Virginian-Pilot, police found a gun “inside the bottom of Ward’s right pant leg.”

The new indictment alleges that Durocher shot then-18-year-old Ward “with the intent to maim, disfigure, disable or kill.”

The Portsmouth Police Department named Durocher “Officer of the Month” for October 2017 after the shooting. In 2018, he was awarded a medal of valor commendation for the same shooting.

“The ones that know what is happening on the front lines recognized him for valor,” defense attorney Nicholas Renninger told The Virginian-Pilot.

“He absolutely deserved that award,” added Sgt. Matt Crutcher of the Portsmouth Fraternal Order of Police. “He did exactly what we trained him to do.” 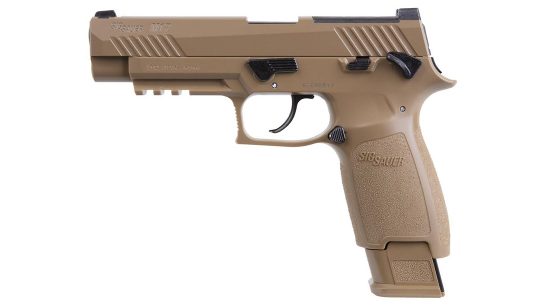 SIG Sauer's M17 is one of the most talked about handguns in recent memory,...