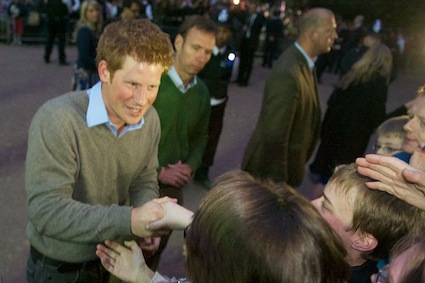 Britain’s Prince Harry has acknowledged that he killed Taliban insurgents on his latest tour of duty in Afghanistan as a crew member of an Apache attack helicopter.

Harry has been serving for four months as a co-pilot gunner (CPG) in southern Helmand province — considered a Taliban heartland — and flew on scores of missions with the trigger to rockets, missiles and a 30mm cannon at his fingertips.

No one is saying how many insurgents Harry might have killed but toward the end of his deployment, the 28-year-old, known to his comrades as Captain Wales, shared some of his feelings about combat with reporters while on duty in the massive military base known as Camp Bastion. He said it was sometimes justified to “take a life to save a life. That’s what we revolve around, I suppose.”

Source: Read the rest of Max Foster and Peter Wilkinson’s report at CNN