“It’s a terrible idea,” said Colby Richardson at a subway station in midtown Manhattan. “It’s going to spark controversy obviously when you deem one side savages and the other side civilized. ”

Said another rider, Cameron McCabe: “I think it’s unfortunate that someone would want to put that up.” But, she added, “I think it’s their right to do so.”

The ads — reading, “In any war between the civilized man and the savage, support the civilized man. Support Israel. Defeat Jihad.” — went up in 10 stations across Manhattan after a court victory by a conservative commentator who once headed a campaign against an Islamic center near the World Trade Center site. 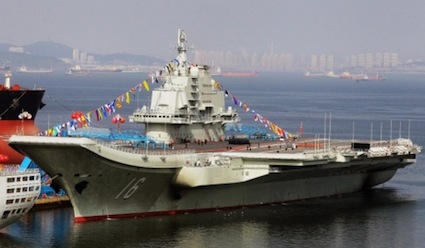