The mother of the U.S. Border Patrol agent who was killed in a shootout near Nogales, Ariz., three weeks ago says she and her family are growing frustrated waiting for details of why or how her son lost his life.
“We don’t really know anything yet,” said Josephine Terry, from her home in Flat Rock, Mich.

Brian A. Terry, a 40-year-old member of the U.S. Border Patrol’s elite tactical squad known as BORTAC, was gunned down Dec. 14, when his unit confronted suspected bandits in an isolated canyon about 13 miles north of the Mexican border.

Border Patrol officials and the FBI, which is conducting the criminal investigation, have not offered additional details.

Four suspects were arrested shortly after he was killed, including one who was injured. On Wednesday, Ray Kondo, assistant chief for the U.S. Marshals Service in Tucson, said that two additional suspects have been arrested. No one has been charged or publicly identified. 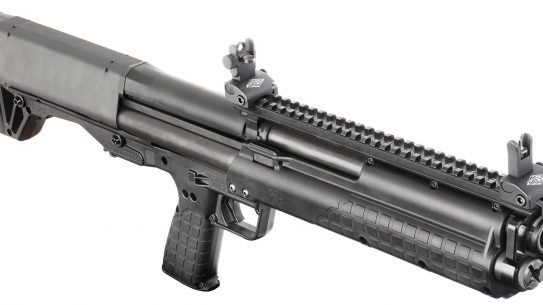 The Kel-Tec Shotgun (KSG), similar to the RFB rifle, is the brand’s first entry...