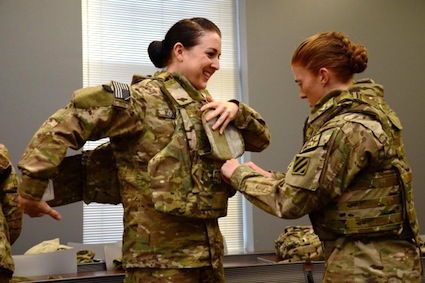 “When I was with the 101st in Afghanistan, I raised the issue there that we had female Soldiers going outside the wire on a routine basis and their equipment was just too large for them to operate and correctly pocket their weapon in,” said Master Sgt. Jeff Fenlason. “Because the problems were directly affecting the ability of these women to operate efficiently in combat, the Army began looking for ways to improve the vests.”

On Wednesday, the 1st ABCT FET gathered in a small room with the lead product engineer of the Generation III Female Improved Outer Tactical Vests and officially became the second group in the Army to ever receive the new equipment.

Making the changes to these vests marks a culture change in the Army which hasn’t always been the easiest to overcome.

“We, as a military, have to truly accept that our female Soldiers are combatants, they are in harm’s way and this battlefield does not have a frontline,” said Master Sgt. Fenlason. “As we have recognized that tactically, we are now getting caught up equipment-wise and in training.”

Read the rest of Cpl. Emily Knitter’s report at army.mil. 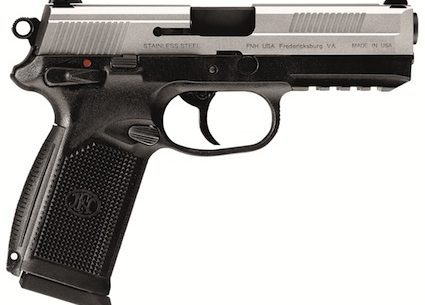 Announced by FNH USA, LLC, the FNX-45 is a double-action/single-action hammer-driven 45 ACP pistol.