A Raleigh Police Officer shot and wounded a man who took off on a mad dash carrying a pizza. When he hit a dead end, the suspect dropped the pie and pulled a gun, before an officer shot him in the abdomen, stopping the threat. In the aftermath, the local community reportedly called for justice over the wounded man. However, recently released officer body cam footage show the incident was a good shooting.

“It should be noted that a false narrative quickly began to spread on social media based on misinformation at the scene of the incident,” Raleigh Police Chief Cassandra Deck-Brown said in a report, according to newsobserver.com.

Officer body cam and dash cam video paint an extremely clear picture. Footage shows police arrive on the scene. Then the suspect, 26-year-old Javier Torres, takes off running, inexplicably carrying a pizza. The man leads police on a chase the ultimately arrives at a dead end.

“Officer Byrd fired one shot, which struck Mr. (Torres) in the abdomen, causing him to drop the gun and fall to the ground,” the report states, reported newsobserver.com.

Officials stated Torres carried a 9mm semi-automatic handgun with an extended magazine. The serial number had been “obliterated” from the receiver, according to newsobserver.com. Officials said the suspect is recovering from his wounds. Police will charge him with altering/removing a gun’s serial number, going armed to the terror of the public, and resist, delay and obstruct, according to newsobserver.com. 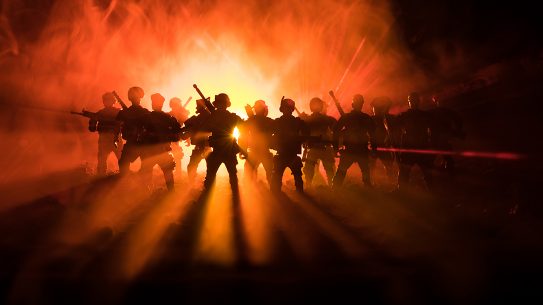 Should the president declare martial law, government powers skyrocket, while personal freedoms and due...