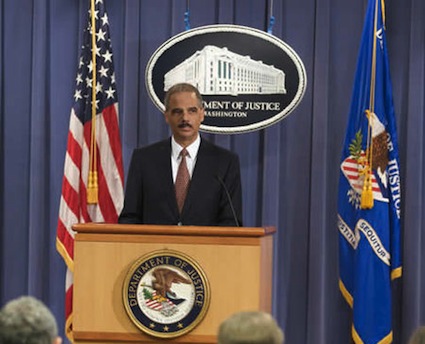 Sen. Rand Paul is blasting Attorney General Eric Holder’s assertion that the government could conceivably use drones against its own citizens in the U.S. as “frightening,” saying such an action would violate the Constitution.

Paul, R-Ky., was responding to comments by Holder released Tuesday before the Senate Intelligence Committee approved the nomination of John Brennan, President Obama’s pick to be his next CIA director.

Paul said in a statement obtained by Fox News that Holder sent him two letters regarding the constitutionality of the use of legal force, such as drones against Americans and on U.S. soil, after Paul petitioned Brennan to speak on the matter.

In the letter, Holder says the U.S. has never carried out a drone strike against one of its citizens on American soil, and calls a situation where such a strike may occur “entirely hypothetical” and “unlikely to occur.”