As part of its ongoing campaign to increase its conventional warfare capacity, the Air Force recently completed a live test fire of a cruise missile from an MC-130 using the Rapid Dragon Palletized Weapon System.

What is a Rapid Dragon Palletized Weapon System?

Named after an ancient Chinese weapon, the modern Rapid Dragon gives traditional cargo aircraft the ability to employ stand-off air-to-ground munitions. It encases the entire munitions packet in a pallet, as you might imagine from the name. Then like any cargo, it goes inside the back of a cargo aircraft. For this test, a Special Operations MC-130 seemed the obvious choice. Then, like any other piece of cargo, it goes out the back door with a parachute. That’s where things get interesting. Next, the actual weapon is released from the pallet, where it freefalls briefly before firing its engine and deploying wings. The AGM-158 JASSM cruise missile used in the test has a range of around 500 miles.

Mockups have shown the Palletized Weapon System with as many as six missiles loaded. The test fired only required one missile, along with weights to balance the pallet. The MC-130 used for the test received targeting information for the missile, which it transferred to the weapon’s onboard computer. After release and a brief free fall, the missile’s wings and engine fire, directed it into controlled flight. It successfully hit its target in the Gulf of Mexico, destroying it. This concluded the two year test phrase for Palletized Weapon System. The USAF plans an additional live fire test out of a C-17 next year.

The USAF seems committed to moving the Rapid Dragon towards operational deployment, to theoretically expand its stand-off strike capability during a peer or near-peer conflict. Of course, the question on every loadmaster’s mind is “if I release a Rapid Dragon, will I get a Combat Action Ribbon?” 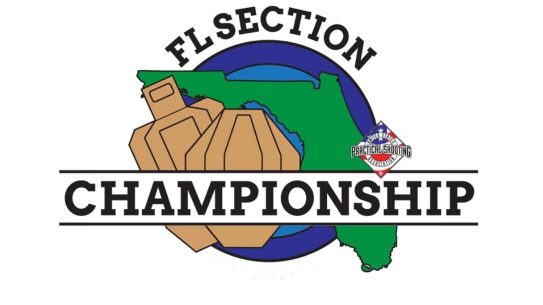 The 2021 action shooting season came to a close in Florida in December, as...