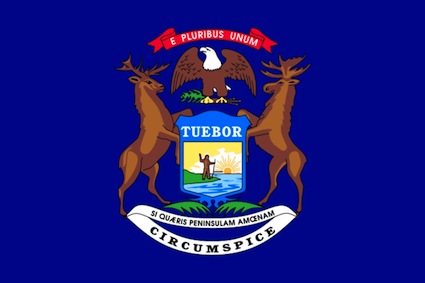 Michigan’s 83 counties are widely inconsistent in how they implement and enforce Michigan’s 10-year-old permissive concealed weapons law, allowing many people who should be barred from carrying guns to do so, according to a newspaper investigation published Sunday.

A Booth Newspapers investigation found that more than half of the 83 counties have failed to comply with annual reporting rules at least once, and many criminals have been allowed to keep their weapons.

The law’s main sponsor, state Sen. Mike Green, said that many county prosecutors are falling down on the job. He lamented what he referred to as the inadequate record-keeping under the law.

“We wanted those statistics to prove to the naysayers that what we did was right,” said Green, R-Mayville.

He said that prosecutors who oppose the 2001 law have simply decided to ignore their responsibility to enforce it.

“There is just a group of people out there that are not willing to give up the fact that they are in main control of everything that happens criminally and lawfully in the state, and they’ll only support those laws that they support themselves,” he said.

Booth Newspapers said it used the state Freedom of Information Act to obtain records on how agencies around Michigan are meeting their responsibilities under the law. It said it found widespread confusion and inconsistency. In one case, a man who served about two years in prison in an armed robbery case and who was paroled in October 2011 has yet to have his license revoked.

Read the rest of the AP article at The Republic.