The United States must do more to stop the flow of assault weapons across the Mexican border, which has militarized the conflict occurring between the government of President Felipe Calderon and rival drug trafficking organizations, two border security experts argued today.

“Since the Calderon administration has taken office, you have around 20,000 homicides that have occurred, many of those from U.S. weapons,” said Dr. David Shirk, Director of the Trans-Border Institute at the University of California, San Diego, during a conference call on border security arranged by the Immigration Policy Center. “It’s really hard to deal honestly with Mexico and say we want you to help us continue this effort but we’re not going to stop arming the people that you’re fighting by clapping down a little bit more on our own southbound flow of guns.”

Shirk noted that there’s a tendency to find more higher-powered, assault-like weaponry within the Eastern corridor of Mexico as opposed to Mexico’s Baja, California, in the West. While there are various reasons why this variance occurs between East and West Mexico, U.S. state gun laws play a role, Shirk said. He pointed to the state of California’s much stricter gun laws, especially on assault-like weapons, as a reason why Western Mexico is less violent than its Eastern territories. Shirk also said this disparity “speak[s] strongly in favor of the remarks” Calderon made during his visit to the United States at the end of May.

During his address to a joint-session of Congress, Calderon urged lawmakers to reinstate the assault weapon ban and argued that the rise in gun violence seen in Mexico began when the ban was lifted in 2004, according to Reuters.

“We have seized 75,000 guns and assault weapons in Mexico over the last three years,” Calderon said. “More than 80 percent of those we have been able to trace came from the United States.”

Jennifer Bernal-Garcia, a researcher at the Center for New American Security, said there are simple things the United States could do to help stymie the flow of guns into Mexico. One is signing the Inter-American Convention Against Manufacturing and Trafficking in Firearms, Ammunition, Explosives, and Other Related Materials (CIFTA), which was adopted by the Organization of American States in 1997. President Clinton signed the treaty but the Senate chose not to ratify it. CIFTA, Bernal-Garcia said, would make it easier to trace illegally manufactured weapons.

The issue, however, is highly contentious because of the Second Amendment’s right to bear arms. In a statement more than a year ago, the National Rifle Association’s (NRA) Executive Vice President Wayne LaPierre and Chief Lobbyist Chris Cox said in a statement that the anti-gun advocates would use the CIFTA “to attack gun ownership in the U.S. Therefore, the NRA will continue to vigorously oppose any international effort to restrict the constitutional rights of law-abiding American gun owners.”

Shirk believes many Americans stand on common ground when it comes to limiting access to assault weapons.

“Most Americans don’t want to have those kinds of weapons in the hands of Mexican drug traffickers, kids in the schools like Columbine, but there’s a very powerful gun lobby that conflates reasonable Second Amendment gun rights… with these high-powered and more dangerous weapons that even many police associations in the United States feel should not be on the streets,” Shirk said 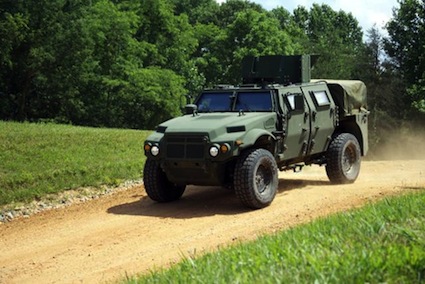