Palin began her keynote speech in front of a cheering crowd of 5,000 by thanking the Republican Party of Arkansas for the beautiful rifle, noting that she even called her son Track to tell him about it, and stated, “It’s great to be in a state where it’s okay to cling to your guns and religion.”

President Lincoln was presented with a Henry rifle during his presidency. It hangs in The Smithsonian and has become a priceless national treasure. 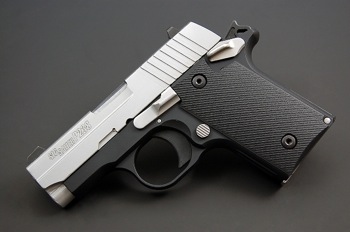