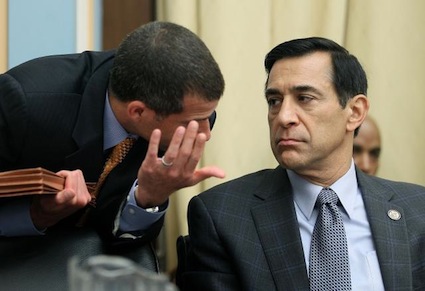 An aide hands Darrell Issa (R-CA)(R), speaks with an aide during a hearing at a House Judiciary Committee hearing on Capitol Hill, June 7, 2012 in Washington, DC. Oversight members will be hearing testimony on the initiatives of the U.S. Department of Justice. (Photo by Mark Wilson/Getty Images)

Lawmakers at a House Judiciary Committee hearing asked Holder what he knew in advance of public disclosure of a so-called gun-walking tactic in early 2011. As part of Operation Fast and Furious, agents were told to forego immediate arrests of suspected straw purchasers of guns and instead try to track the guns to higher-ups in gun-smuggling rings. Such a tactic is normally barred under Justice Department policy.

Holder said the Justice Department has cooperated fully with congressional investigators and turned over 7,600 pages of material to Congress about the operation.

“Look, I don’t want to hear about the 7,600,” snapped Rep. Darrell Issa, R-Calif. Chairman of the House Oversight and Government Reform Committee that is investigating the operation, Issa has been Holder’s frequent sparring partner during recent gun-walking hearings.

Issa said Thursday that wiretap applications in Operation Fast and Furious indicate that a number of key individuals at the Justice Department were responsible for the use of the gun-walking tactic. 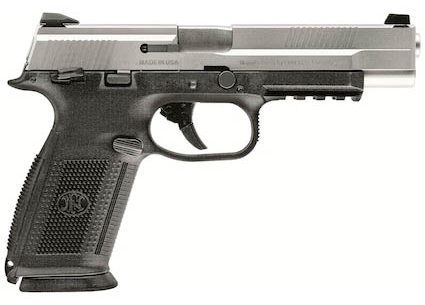 An aide hands Darrell Issa (R-CA)(R), speaks with an aide during a hearing at…