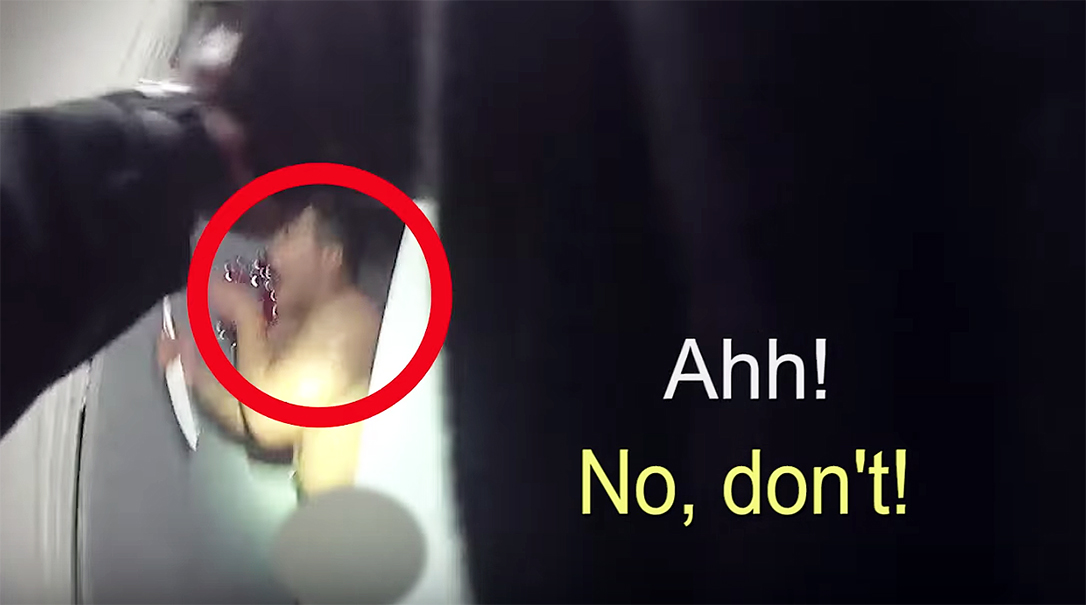 The incident began when police responded to a call for a potential home invasion. However, it soon became clear the 911 call came in response to a father on the rampage. Inside, Ciel used a knife to hold his estranged wife and two sons hostage, according to Richmond Police. He further made threats to kill both himself and his estranged wife.

Footage shows officers make contact with one victim, quickly leading her to safety. Next, the officers proceeded inside. Then officers found Ciel stabbing and slashing at his son, who he had pinned to the ground beneath him. Officers clearly yell out “drop it” several times.

A Richmond cop fires his service weapon two times, hitting Ciel. “After falling to the floor, Ciel yelled ‘f*ck you’ and immediately tried to get back up onto his feet and advance …,” said Lt. Matt Stonebraker, Richmond Police Department Public Information Officer.

That’s when two officers saw the remaining threat, and both officers fired simultaneously. Ciel later died from his wounds.

Just three years prior, an eerily similar scene played out before. Ciel attacked his wife and family previously, causing to the eventual estrangement.

“Court records detail an August 2015 episode involving Luc Ciel, of Richmond, identified by several law enforcement sources as the man killed by multiple Richmond officers Thursday morning. In 2015, Ciel was arrested after allegedly attacking his family, which led to a conviction of battery and a 300-day jail sentence,” reported mercurynews.com. 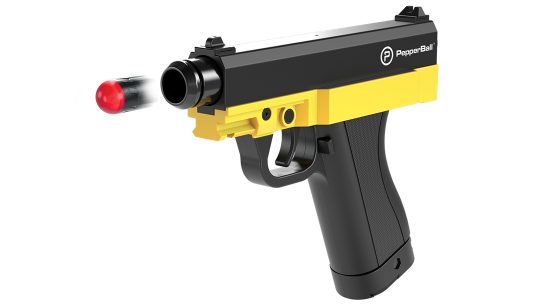 With the ability to fire multiple types of less-lethal rounds, the PepperBall TCP launcher...