Riverside’s city manager and one of his assistants this week paid for ankle holsters and other gun accessories they received in November 2005 as part of a problematic gun deal with the city Police Department.

On Wednesday, Hudson and DeSantis each paid the city $99.05 for holsters and ammunition magazines they acquired from the Police Department on Nov. 10, 2005, part of the same transaction in which they received Glock semiautomatic pistols.

The payments for Safariland paddle holsters, Apache black ankle holsters and Pearce grip extensions came after The Press-Enterprise asked Hudson and DeSantis to explain discrepancies in records the newspaper obtained from the city under the California Public Records Act.

The records show that the two officials reimbursed the city for the Glocks — a .40 caliber for Hudson and a 9 millimeter for DeSantis — on Dec. 27, 2005, but there was no record of payment for the accessories.

On Thursday, Hudson and DeSantis did not respond to requests for an interview, but DeSantis e-mailed copies of checks and city receipts showing the payments he and Hudson made to the city on Wednesday.

A spot check of retail prices showed that Hudson and DeSantis got a wholesale price when they bought the guns, which the Police Department had ordered for them from a San Jose vendor. They paid $409 each plus sales tax for the guns and two magazines, according to sales receipts the city released this month.

In 2005, the Glock 26 and 27 models sold to Hudson and DeSantis were available to gun dealers from wholesalers for just over $400, said Kevin Jeffs, of Jeffs Sporting Goods in San Gabriel. The retail price then was $540, he said. The guns now retail for $550 to $580, according to several gun sellers.

The state attorney general’s office in 2007 made an inquiry into the gun sales.

In a letter dated June 4, 2007, to then-Police Chief Russ Leach, Senior Assistant Attorney General Gary Schons wrote: “The sale of these handguns by the department to these private citizens, albeit city employees, is illegal … Neither the Riverside Police Department nor the City of Riverside is licensed to sell or transfer firearms.”

Without such a license, Schons wrote, the city was unable to comply with a law requiring handgun buyers to wait 10 days, among other rules. It was “a serious breach of the regulatory scheme,” Schons said in the letter.

Source: David Danelsk for The Press-Enterprise. 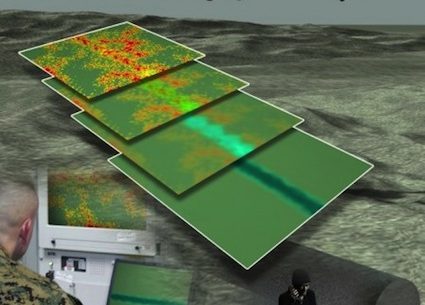