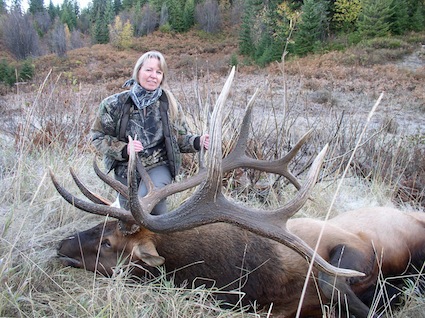 “Most Americans appreciate wildlife and wild places, but most also are unaware that these public resources thrive because of hunters—and, more than ever, because of hunters who happen to be women,” said RMEF President and CEO David Allen. 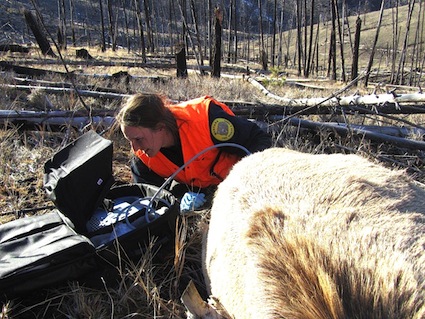 Statistics suggest that women now contribute up to $117 million per year to wildlife and habitat programs by way of their hunting license fees, special taxes on new firearms, ammunition, bows and arrows, and voluntary donations to organizations like RMEF.

Women hunters also are responsible for up to $5.9 billion per year in economic output.

Females also compose roughly 9 percent of elk hunters specifically—as well as about 9 percent of all RMEF members. That percentage jumps a couple points in demographic studies of the most avid attendees at RMEF fundraising events. It jumps again at the volunteer ranks. An estimated 33 percent of RMEF volunteers are women.

Aside from their contributions as hunters, sport shooters, gun owners, consumers, donors and volunteers, women are vital to conservation today as professionals working in the field. About 40 percent of the RMEF staff is women. RMEF’s largest conservation partner, the U.S. Forest Service, has a workforce of wildlife biologists that is that 43 percent female. Women work as game wardens, researchers, land managers, agency directors and every other role that helps make conservation go.

Allen said, “If conservation had a number to represent its ‘Gross Domestic Product,’ meaning the total of all goods and services associated with conservation in 2012, I think we’d all be surprised at how much of that total is influenced by women.” 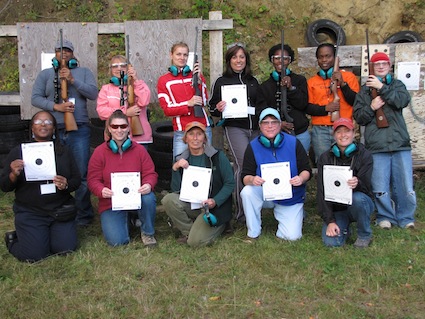 Examples of women whose influence has reached deep into elk country:

· Gail Kimbell, chief of the U.S. Forest Service, 2007-2009. Kimbell presided over conservation work on 193 million acres of public lands. Most elk and elk hunting in the U.S. occur on these lands.

· Cheryl Haralson, RMEF past-director. Known as the “Arkansas Elk Lady,” she hunted and bagged Arkansas’ state-record bull and continues to champion elk and elk habitat in her home state and across the country.

· Haralson, Kay Clark, Debbie Lewis, Annie Lewis, Penney Oncken and Tammie Lynne Smith are among the recipients of RMEF’s highest honor, the Wallace Fennell Pate Wildlife Conservation Award. Alongside their husbands and families, each has given special gifts of money, time and talent to benefit elk and other wildlife.

· Four of the ten Elk Country Awards presented by RMEF and the U.S. Forest Service for exemplary habitat stewardship have honored women: Jodie Canfield of the Helena National Forest, Jane Ingebretson of the Flathead National Forest, Kathleen Johnson of the Humboldt-Toiyabe National Forest, and Melanie Woolever of the agency’s regional office in Denver.

Allen said, “Women are contributing in various ways to the RMEF mission. They’re a major part of why hunting is conservation today—and their growing involvement positions our entire community to better meet our challenges in the future.” 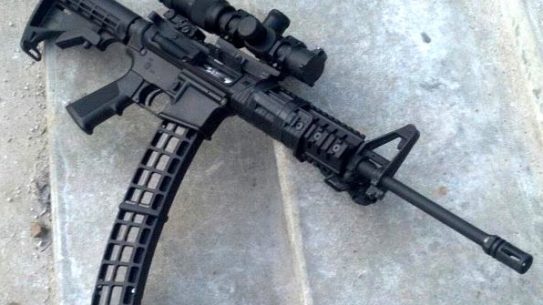