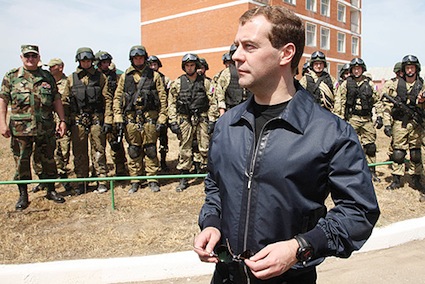 Russia said on Thursday it had foiled a plot by Islamist militants to stage attacks on the 2014 Winter Olympics in Sochi and in the runup to the Games in the southern Russian city.
.
The National Anti-Terrorism Committee (NAC) said Russian special services had confiscated weapons including mortar bombs and portable surface-to-air missiles during raids on May 4 and 5 in the breakaway Abkhazia region of Georgia, the former Soviet republic with which Russia fought a brief war in 2008.

It said in a statement that the group behind the plot was the Caucasus Emirate, which is waging an Islamist insurgency across Russia’s North Caucasus region close to Sochi and is on the United States’ list of terrorist groups.