Russia is investing in the future in a major way by using 2 trillion rubles (US $55 billion) to purchase new weapons and modernize its Aerospace Defense Forces (VKO), Deputy Defense Minister Yuri Borisov said.

According to Defense News, the VKO — which consists of a space command center, an air and space defense command, and a space center in Plesetsk — will be modernized over a six-year period, and its structure will be altered in 2015.

There will be four subdivisions under the military branch as part of the new plan, VKO spokesman Maj. Gen. Sergei Yagolnikov told RIA Novosti. The subdivisions include a “space- and ground-based intelligence-gathering and ballistic missile early warning system, an air and space defense command, a command-and-control structure, as well as a logistics support branch,” Defense News said.

The Russian Defense Ministry wants to merge the units responsible for Russia’s aerospace defense into one branch. It also has roughly 100 R&D projects for new VKO weapons in the pipeline.

As part of this process, Russia said it would not extend the joint use of the International Space Station (ISS). Instead, the ISS will be used only for Russian space projects. 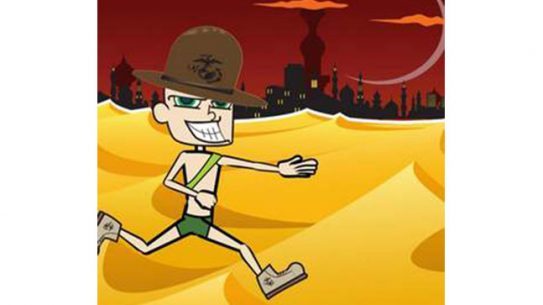 The new Marine-based video game 'KnifeHand' launched May 10 on iTunes.