A Russian company is marketing a devastating new cruise missile system which can be hidden inside a shipping container, giving any merchant vessel the capability to wipe out an aircraft carrier.

Potential customers for the formidable Club-K system include Kremlin allies Iran and Venezuela, say defense experts. They worry that countries could pass on the satellite-guided missiles, which are very hard to detect, to terrorist groups.

“At a stroke, the Club-K gives a long-range precision strike capability to ordinary vehicles that can be moved to almost any place on earth without attracting attention,” said Robert Hewson of Jane’s Defense Weekly, who first disclosed its existence.

A promotional video for the Club-K on the website of Moscow-based makers Kontsern-Morinformsistema-Agat shows an imaginary tropical country facing a land, sea and air attack from a hostile neighbor.

It fights back by loading three shipping containers concealing Club-Ks onto a truck, a train and a ship, disperses them, and then launches a devastating strike on its enemy, destroying its warships, tanks and airfields.

“The idea that you can hide a missile system in a box and drive it around without anyone knowing is pretty new,” said Hewson, who is editor of Jane’s Air-Launched Weapons.

“Nobody’s ever done that before.”

Hewson estimated the cost of the Club-K system, which packs four ground or sea-launched cruise missiles into a standard 40-foot shipping container, at $10-20 million.

“Unless sales are very tightly controlled, there is a danger that it could end up in the wrong hands,” he said.

The promotional video showed how an ordinary shipping container with the Club-K inside could be hidden among other containers on a train or a ship. When required, the roof lifts off and the four missiles stand upright ready to fire.

An official reached by telephone at makers Kontsern Morinformsistema-Agat declined to answer questions about the Club-K.

He said the firm had no spokesman and he needed time to study written questions before passing a request to the firm’s management.

Russia is one of the world’s top arms exporters, selling a record $8.5 billion of weapons last year to countries ranging from Syria and Venezuela to Algeria and China. Its order book is estimated to top $40 billion.

A powerful cruise missile that can launched from a shipping container has been offered for sale by a Russian company, raising fears of ballistic weapons infiltration.

Called the Club – K container missile system, the weapon can be loaded onto a lorry, ship, or train and moved into position before launching it, The Telegraph reported Monday.

It is designed to be hidden as a standard 40 feet shipping container that cannot be identified until it is activated and experts fear that the missile attack system could change the game in wars.

Costing an estimated 10 million pounds, each container is fitted with four cruise anti-ship or land attack missiles and the system represents an affordable “strategic level weapon”, the media report said.

Iran and Venezuela have reportedly evinced interest in the deadly weapon.

The missile is being marketed at the Defense Services Asia exhibition in Malaysia this week by its manufacturer, Novator.

The Russian firm has released a dramatic marketing film, which shows Club-K containers placed on ships, trucks and trains as a neighboring country prepares to invade. The enemy is beaten back by the cruise missile counter attack. 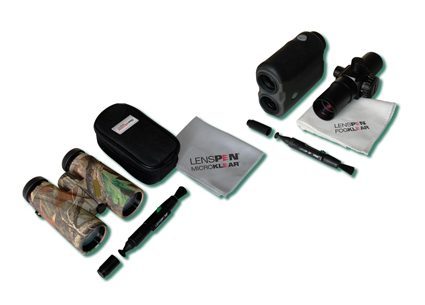