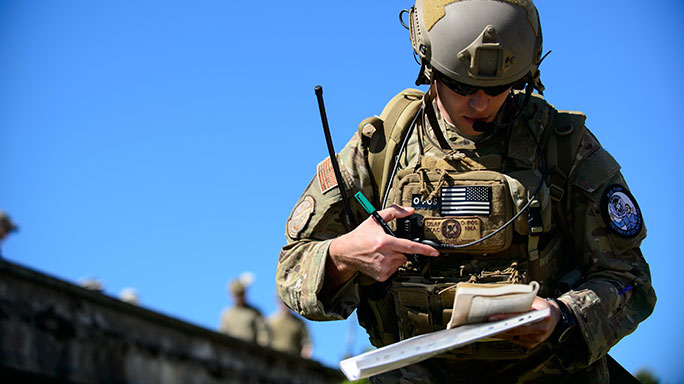 Staff Sgt. Todd Jensen, a Washington Air National Guard joint terminal attack controller, directs gunfire of an A-10 Thunderbolt II during a training exercise June 12, 2015, at Adazi Training Area, Latvia. JTACs from various units around the Air Force joined exercise Saber Strike 15 to work with ally and partner nation counterparts to provide precise and directed aircraft support to Army units participating in the exercise. Saber Strike 15 is a multinational exercise with over 6,000 service members learning from each other and helping promote stability in the Baltic region.
(Photo by U.S. Air Force photo/Staff Sgt. Armando A. Schwier-Morales)
Comment(s)

The following is a release from Staff Sgt. Armando A. Schwier-Morales, U.S. Air Forces in Europe and Air Forces Africa Public Affairs:

“[Saber Strike] is great experience, you get to learn different tactics and techniques and process (other nations) bring and how they employ different verbiage they use that we can possibly put in our bag of tricks,” said Tech. Sgt. Todd Jensen, a 116 Air Support Operations Squadron JTAC. “That helps us be more effective controllers and get effects on the ground for the commander sooner.”

Airmen from the U.S. worked with British, Latvian and various other JTAC service members during Saber Strike. The exercise not only gave the pilots a chance to hear other voices, but also gave other nations the chance to hone and improve skills.

“We get to see how (other nations) do their controlling and we can try to adopt some of their methods to speed things up,” said Lance Cpl. Paul Coleman, a British army JTAC.

Having a British accent come over the radio could be quite a surprise for pilots when they expect a Washington Air National guardsman but it is one of the ways Saber Strike 15 is building interoperability and building partnerships.

“It’s important to show that we are supportive of each other, so when a real life issue does come up, we have the working experience put in place and connections have been made,” Jensen said. “And it’s easier to jump in and fight as a whole unit, a collective force, versus trying to piece different identities together on the fly.”

During the exercise not only did the JTACs train together controlling aircraft but also embedded themselves with army units to provide ground commanders insight into what a JTAC can do for them, some of which had never trained with a JTAC.

Coleman was glad for the opportunity to train, not only with other nations but other units in from his military. 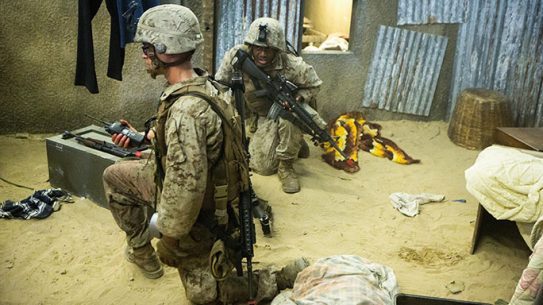