Sacramento Police officers used patrol carbines to take down an armed gunman recently, ending a tense standoff in California. The gunman, identified as 22-year-old Jeremy Southern, takes an initial round in the torso. He then desperately tries to crawl back to his firearm before officers fire a final, seemingly fatal shot. 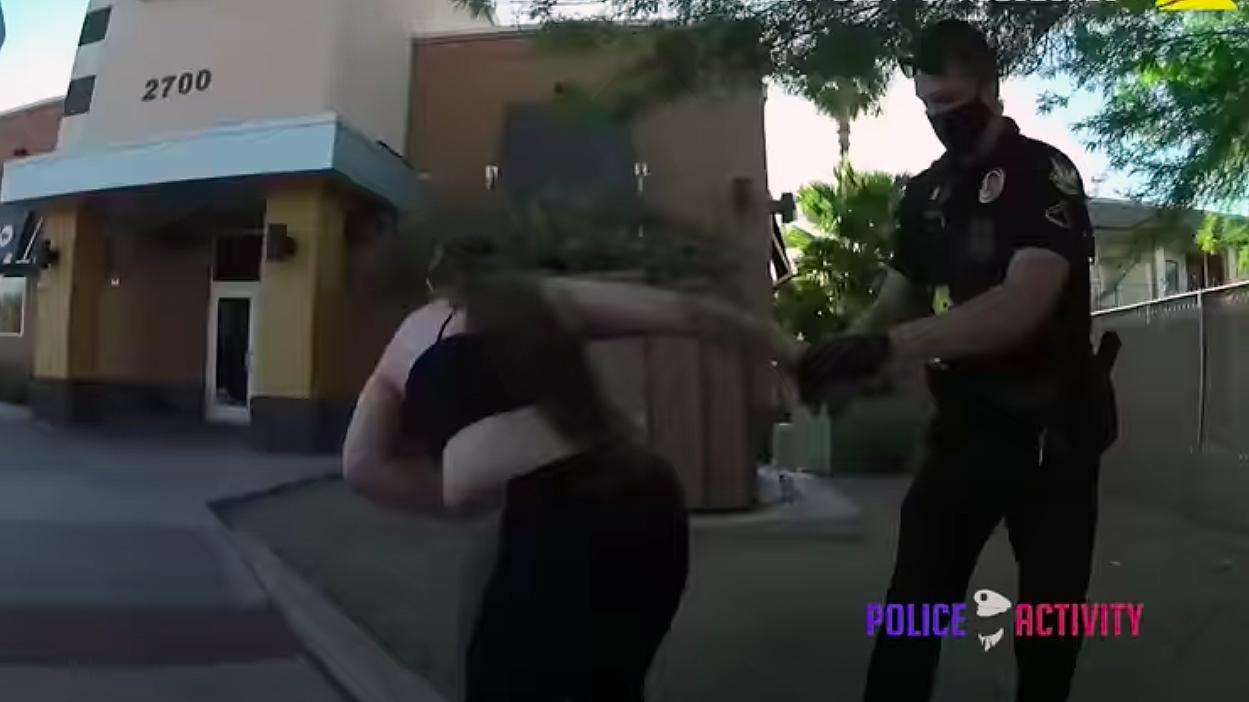 The incident began July 21, when officers investigated a person of interest to an earlier shooting, The Sacramento Bee reported. Officers located the suspect at The Crossings, a student housing complex near Sacramento State University. There, officers spotted a man with a distinct tattoo, who reportedly fired a shot there a week prior.

“It was at this time they identified the suspect as a non-tenant that frequented the community,” The Sacramento Bee reported.

“Officers verbally identified themselves and attempted to contact him,” police said in a news release. “The subject removed a handgun from a satchel and began pointing it at officers. The suspect continued to point the firearm at officers and remained non-compliant with their commands to drop the weapon.”

A standoff ensued, with police shouting commands to stand down repeatedly. Video shows the Southern point a 9mm pistol at officers for more than a minute. During the standoff, police warn Southern at least 28 times to drop the weapon.

Instead, he continues to threaten, and police finally use a patrol carbine to engage the suspect. Footage shows the first shot strike Southern in the torso and drop him. After some time, he inexplicably begins crawling toward the dropped pistol. After several commands to again stand down, an officer fires another shot from a rifle. Southern finally stops moving for good after that final shot.

Southern, a product of foster care, recently served time for a 2016 felony charge of lewd and lascivious acts with a child under 14, The Sacramento Bee reported. 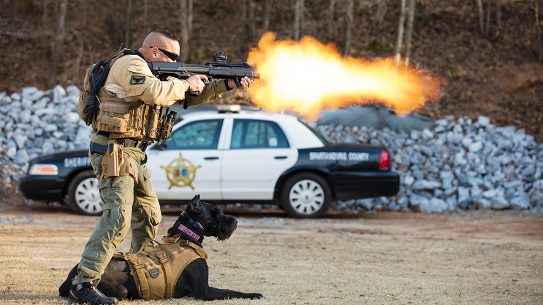 VIDEO: STL Joseph Garcia and the Guns He Uses During a Prison Riot

STL Joseph Garcia heads a quick-reaction unit that responds to incidents like a prison...