BELLEVUE, WA – Firearms regulations in Washington, D.C. are being amended today by emergency order in response to a federal lawsuit filed by the Second Amendment Foundation that challenged the arbitrary nature of previous regulations enforced in the District of Columbia.

The District had adopted new handgun registration regulations following last year’s landmark Second Amendment ruling that struck down the city’s decades-old handgun ban as unconstitutional. Under the new regulations, which take effect immediately, the city essentially acknowledges the State of California’s roster of approved handguns – upon which the District’s own regulations were based – is inadequate.

Citizens who had been previously denied an opportunity to register their handguns will be invited to re-apply under the new guidelines, which now include information from so-called “safe gun rosters” maintained by Maryland and Massachusetts.

“This is a genuine victory,” said SAF founder Alan Gottlieb, “because the city is admitting that its existing roster of handguns approved for registration in the District was arbitrary. The city has recognized that handguns had been removed from the California roster for administrative reasons having nothing to do with the safety of a specific handgun model.

“Until today,” he added, “the city had been disqualifying certain handguns based on such factors as color, even though they functioned identically to approved models. This ends that nonsense.”

Attorney Alan Gura, representing SAF in the lawsuit, noted that under the new regulations, approved guns no longer expire from the list, and are no longer banned “because they are the wrong color.”

“It’s impossible to list every single gun protected by the Second Amendment,” Gura stated. “We won’t stop until this list is scrapped.” 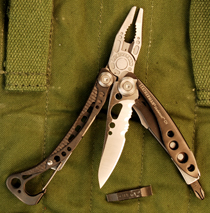 On The Job Pocket Tools

BELLEVUE, WA – Firearms regulations in Washington, D.C. are being amended today by emergency…