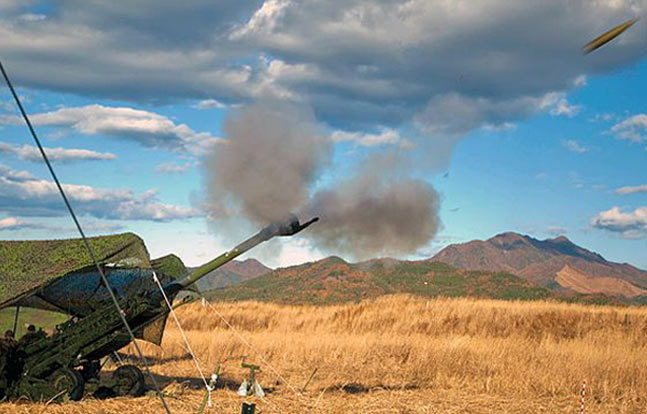 Saft, a leading manufacturer of high technology batteries for military and defense, has been awarded a multi-million dollar contract from BAE Systems to provide Super-Phosphate batteries for the U.S. Army and U.S. Marine Corps M777A2 Howitzer.

“Saft’s Super-Phosphate cells will replace previous lead-acid batteries and provide advantages specific to the company’s Li-ion technology,” the press release reads. “These high-performance cells boast an increased lifecycle, depth of discharge ability and a faster recharge when compared to the traditional lead-acid batteries, reducing the total operational costs. The cells will be integrated with Saft’s field-proven 28V control and power electronics through robust battery enclosures that are designed to withstand the rugged environments of the system.”

The M777 has been in production since 2002 and is to be utilized by the Army and Marine Corps as their next-generation medium-force weapon. As the press release notes, the M777A2 is a 155mm 39 caliber towed gun which uses titanium and aluminum alloys to meet the requirements for a rapidly deployable and accurate artillery fire support weapon.

The three-year contract calls for Saft to deliver 38 prototypes of its Enhanced Powerpack featuring VL43EFe Super-Phosphate cells during the design qualification stage and 121 during initial production. The 28V batteries have a capacity of 80Ah and supply the M777’s fire control system with 10-20 continuous amp loads. It also supplies the weapon’s hydraulic power assistance kit pack (HyPak) with 120 amps for 30-second intermittent load periods.

Delivery of the first prototypes will begin in the second quarter of 2014. 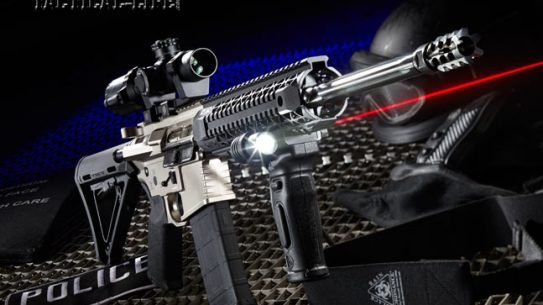 The Black Rain Ordnance PG9 is a Norguard-finished, direct impingement semi-auto 5.56 AR with...