The incident began when officers responded to a disturbance call. Once on the scene, San Diego Police officers observed smoke and called local fire fighters to the scene. That’s when the suspect, identified as 28-year-old Joe Darwish, opened fire.

“Officers knocked on the front door for more than 20 minutes but received no response, officials said,” as reported by 10news.com. “Firefighters forced entry into the home but were met with gunfire.”

Footage shows the scene quickly descend into chaos, as firefighters and officers immediately suffer fire from the suspect. One officer takes a round, then other officers respond to help drag him to safety.

“Darwish shot one officer in the back with a large caliber weapon, according to the DA’s office,” reported 10news.com. “Two officers returned fire as they provided cover for the wounded officer, who couldn’t move for several seconds. The wounded officer eventually managed to roll onto his stomach and crawl away from the line of fire.”

But the gun fight continued, as the suspect continued to rain down heavy fire on the officers. Finally, the officers escaped through a window while taking constant fire.

“This harrowing incident shows just how quickly a routine call for service can turn deadly for police officers who suddenly found themselves in the line of fire, trying to protect their wounded fellow officers and keep the shooter from endangering members of the public,” said District Attorney Summer Stephan. “It’s a tribute to these officers’ bravery and quick response that the gunman didn’t injure more people or kill the officers and firefighters involved.”

Authorities later found Darwish dead from an apparent self-inflicted gunshot wound, according to reports. Meanwhile, both injured officers ultimately recovered from their wounds. 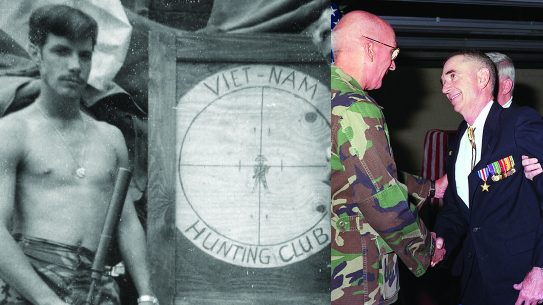 Known for her brutal torture techniques, the 'Apache Woman' cast a shadow of fear...