A San Bruno man approached a police officer he recognized one day last month and asked, “Jack, want to check me?,” referring to the holstered gun on his hip.

The officer checked the gun and found that it was unloaded–then arrested the man for public intoxication.

California law allows registered gun owners such as 29-year-old Christian Gonzalez to carry their handguns in public – even while drunk – as long as the weapons are holstered and unloaded.

Gonzalez, who pleaded not guilty to the public intoxication charge Monday, is part of a movement across the Bay Area hoping to normalize firearms in public that seems to be making small but steady progress.

Six gun carriers showed up to a meeting at Peet’s Coffee and Tea in San Ramon, and in February, about 60 people came to the Buckhorn Grill in Walnut Creek to enjoy an armed meal.

A week later, about 20 people went to at a Starbucks in San Leandro with guns on their hips.

California’s penal code prohibits the carrying of concealed and/or loaded firearms in California, but guns that are unconcealed and unloaded can be carried in most places.

School zones and government buildings are off limits, but as long as the ammunition is not attached to the gun in any way, licensed gun owners can carry their weapons in their holsters in public.

Locally, the Bay Area Open Carry movement is a loose affiliation of individuals who meet about once a month to advocate for gun rights.

Most participants say they openly carry a firearm, or “open carry,” to exercise their Second Amendment right to bear arms, or to protect themselves and deter crime.

One participant said a primary goal of the meetings is to normalize firearms and encourage the public to support loosening California’s relatively stringent gun laws.

“It’s a battle worth fighting,” said Walter Stanley, a 32-year-old political consultant from Livermore who attends the open carry meetings. “It’s something I feel so strongly and so positively about. I want other people to have the option to carry firearms.”

Stanley said he openly carries an unloaded weapon about 80 percent of the time.

He said he has been fascinated with guns since he was about 21, and although it’s an expensive hobby, it’s a rewarding one. He had never heard of open carry laws until a local television station ran a news story about an individual in Sunnyvale last November.

Stanley spent about a month researching the laws, and once he finally felt comfortable, he began openly carrying a handgun in January.

Soon after, he and a group of open carriers decided to meet at the Panama Red Coffee Company in Livermore, and they’ve been getting together since.

“It definitely makes me feel safer,” Stanley said of carrying an unconcealed weapon. “I just feel more comfortable carrying a firearm for my protection.”

Stanley has never been involved in a violent crime, and his job does not put him in danger.

He said he would not use his weapon to stop a crime unless he thought his life were in danger, and even then he wouldn’t want to have to live with killing somebody.

But he thinks just having the weapon is enough of a deterrent to crime to make it worth carrying, but this is exactly why many opponents recommend gun owners avoid carrying them in public. Citizens with permits to own and carry weapons know how to use their firearms, but they don’t have police training to accompany that knowledge.

Incidents with open carriers could escalate because it’s difficult to know who is a threat and who is simply exercising the right to carry an unloaded gun, according to police.

“Should the gun carrying person fail to comply with a law enforcement instruction or move in a way that could be construed as threatening, the police are forced to respond in kind for their own protection,” the San Mateo County Sheriff’s Office said in a statement.

“Simply put, it is not recommended to openly carry firearms,” the statement continued.

Capt. Tim Schultz of the Walnut Creek Police Department said he agreed with that recommendation.

“That pretty well summarizes it,” he said of San Mateo County’s position. 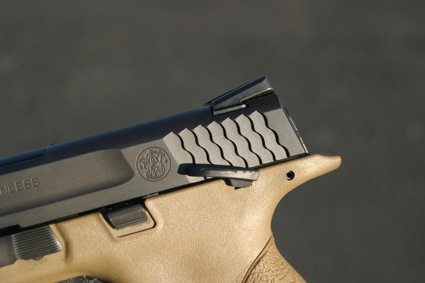 Self-Defense and the Law: Eight Cases, Part 1 of 2