The San Francisco Police Commission voted 4-3 late Wednesday against drafting a policy to allow officers to use Tasers, after hearing from several researchers and advocates who warned the panel about the lethal risk of the electric stun guns.

Commissioner Petra DeJesus, a leading Taser opponent on the panel, said she refused to be a “rubber stamp” for the department – namely Chief George Gascón, who has pushed for the stun guns to save lives and spare injuries.

Tasers, she said, “haven’t been vetted to a level I think is required.” She said San Franciscans need to be asked if they want them, given the $1 million plus price tag and the possibility that the devices could cause sudden death of unarmed suspects.

“If we do want Tasers at all, the commission should be a partner along the way – but it has not been,” DeJesus said.

It was the second time in two weeks that the commission, consisting of four mayoral appointees and three appointees of the Board of Supervisors, had rejected the proposal to draw up a policy under which officers would be allowed Tasers. The panel also voted down the idea in 2004.

Read the rest of Jaxon Van Derbeken’s article at SFgate.com. 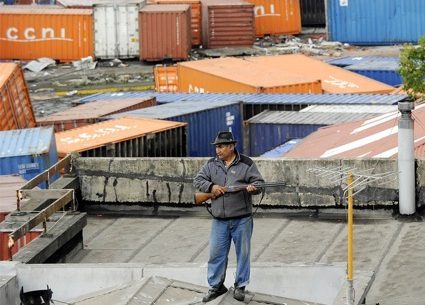