An armed robbery suspect was shot and killed after opening fire on San Francisco police from inside a car trunk. Footage of this officer-involved shooting is available from two sources: an SFPD officer’s body camera and a bystander’s cell phone. Watch the first video above and the second below.

According to the SFPD news release, the incident took place on the evening of March 6. It all started when two officers were flagged down by two people who said they had just been robbed at gunpoint. The victims gave the officers a description of the suspects’ getaway vehicle. That vehicle, a black Honda Civic, was found shortly thereafter. The officers ordered the driver out of the car. He complied and was placed in handcuffs.

The officers then noticed that the car trunk was ajar. That’s when they saw a man inside the trunk. The officers repeatedly ordered the man to come out of the trunk with his hands up. He ignored them. One of the officers fired a less lethal round to get the suspect to comply, to no avail. The bystander’s video clearly shows the man reach out with one hand and open fire with a handgun. Consequently, the officers fire back, shooting the suspect.

Police later said 10 officers discharged around 99 rounds from their handguns. The suspect was struck approximately 25 times.

After the shooting, officers removed the armed suspect from the trunk, administered first aid and called for an ambulance. He was pronounced dead at the scene. His handgun, a Taurus Millennium G2 PT 111 9mm, was found in the trunk. A third suspect was also ordered out of the car and detained.

The surviving suspects, Victor Navarro-Flores, 19, and Christina Juarez, 18, were booked and charged with two counts of robbery and one count of conspiracy. The deceased suspect has been identified by the San Francisco Examiner as 19-year-old Jesus Delgado-Duarte.

Delgado-Duarte’s death has sparked some accusations of excessive force in the local community, with demonstrators marching on the Mission Police Station with signs that said, “Justice for Adolfo Delgado.”

“If he had a gun or not, they still should have not shot him 30 times,” friend Rocio Navarro told KGO. “Once or twice is still bad, but I would have rather them shot him once or twice than 30 times.”

“He aimed at the f*****g floor and they shot 99 bullets at him,” Benjamin Bac Sierra, a City College of San Francisco teacher and activist said at a town hall meeting. “This is a f*****g circus, to be honest with you.”

San Francisco police said this is an active and ongoing investigation. 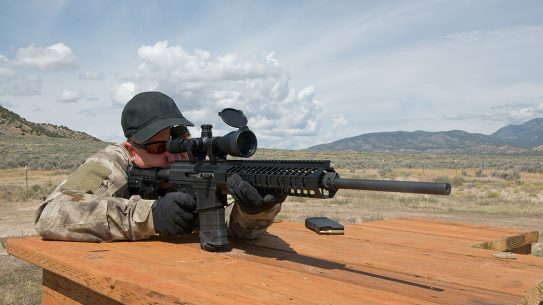