San Francisco police officers have finally been given the “OK” to use Tasers during patrols, putting an end to a 13-year debate over the devices.

According to SFGate, the San Francisco Police Commission voted 4-3 in favor of Tasers at the end of a tense seven-hour meeting that was interrupted by protesters and led to a lockdown of City Hall, with activists outside the chamber chanting, “Shame! Shame!” as the measure passed.

While there was strong opposition from the community, department officials—like Chief Bill Scott, who assumed command in January and previously served with the LAPD where Tasers are allowed—said officers need to be equipped with less-lethal options when they’re in the field.

“De-escalation has been a topic that the San Francisco Police Department has taken very seriously,” Scott said on Friday as he lobbied for Tasers. “The reality is there are times when de-escalation does not work and officers have to use force as safely as possible. We have a duty to reduce injuries to residents and officers when these type of incidents occur.”

Commissioner Thomas Mazzucco agreed, citing a DOJ Office of Community Oriented Policing Services report for why he voted in favor of the proposal. The report said the city should “strongly consider” giving Tasers to its police officers.

“They could not believe we did not have these,” Mazzucco said. “They believe it will save lives.”

CBS San Francisco says Commission President Julius Turman and Commissioners Petra DeJesus and Bill Ong Hing all voted against the measure, with Turman believing the timing wasn’t right and that it would “derail the progress we are making” with regard to instituting a new use of force policy, boosting the number of LEOs trained in crisis intervention and improving relations with the local community.

“Please commissioners, do not do this,” Turman said, adding that the issue should be tabled until the following year.

Commissioner Joe Marshall—the longest serving member on the panel, according to SFGate—took the opposite view, having been present when the first proposal to allow San Francisco police officers to use Tasers was introduced 13 years ago.

“People just don’t like Tasers,” Marshall said. “I heard the statement that it will never be the time to have them. Time does not matter to me. There is no ‘the time.’ You have to decide whether to have them or not.”

While San Francisco police will finally get Tasers—after having been one of the last major city forces not to have them—an amendment by Commissioner Robert Hirsch prevents them from being fielded until the department’s new use of force policy has been in effect for two years in December 2018. 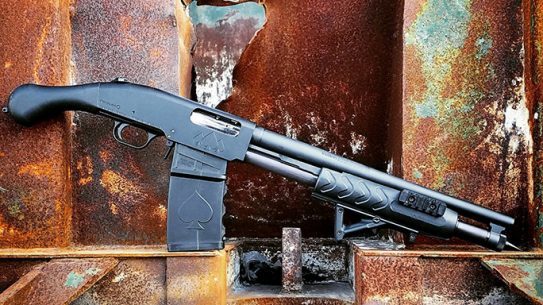