The next generation of bulletproof vests and military armor could well be inspired by a deep-sea snail, say scientists.

A team led by materials scientist Christine Ortiz of the Massachusetts Institute of Technology investigated the iron-rich shell of the “scaly foot” mollusk, whose triple-layered shell gives it one of the strongest exoskeletons seen in nature. The researchers believe that copying its microstructure could help in the development of armor for soldiers, tanks, and helicopters. Their work was published (pdf) this week in the Proceedings of the National Academy of Sciences.

Scientists were first drawn to this snail in 2003 when they discovered it living in a relatively harsh environment on the floor of the Indian Ocean. It lives near hydrothermal vents that spew hot water-thereby exposing it to fluctuations in temperature as well as high acidity. It also faces attacks from predators like crabs and other snail species. But unlike other snail species, this snail survives because of its thick shell and the different properties of each of its three layers.

The outer layer of the snail’s shell is composed of iron sulphides. The scaly-foot snail is the only known animal species that uses iron sulphides as part of its structure. The middle layer is organic and much thicker than the other two. The researchers compare it to the thin protein coating, called the periostracum, seen on the shells of other snail species. The inner layer is composed of aragonite, a calcium mineral found in mollusk shells and corals. The design of the shell apparently allows it to deflect attacks by crabs that pick up snails in their claws and squeeze them, sometimes for days at a time, in an attempt to crack their shells. 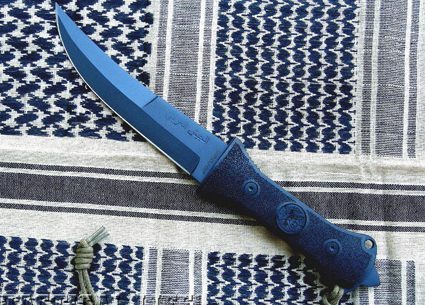