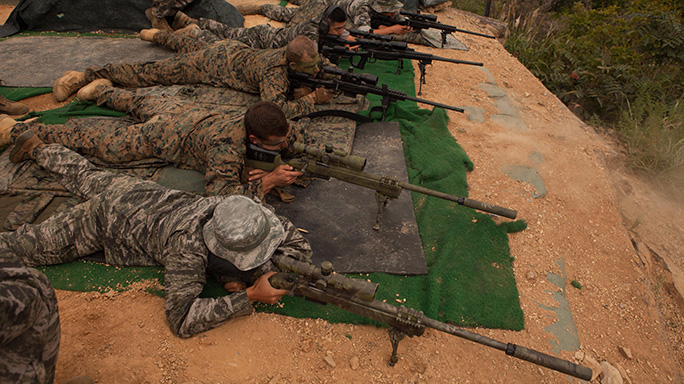 The following is a release from Cpl. Rebecca Elmy, III Marine Expeditionary Force:

KMEP, a regularly scheduled training exercise between Marines of the ROK and U.S., is carried out in good faith between the two nations and highlights the invaluable opportunities for both countries to train together.

“We’re getting familiar with the rifles our allies use, comparing their capabilities to ours and practicing communication,” said U.S. Marine Corps Cpl. Johnathon P. Solinsky, a scout sniper attached to Echo Company.

ROK and U.S. Marines interacted and trained together, exchanging skills while learning to communicate through gestures and interpreters; a rare lifetime experience both forces appreciate.

“They definitely understand what we can bring to the table,” said Solinsky.

Solinsky said the ROK Marines were not specifically trained as precision marksmen in their recon training. The ROK Marines are eager to learn from the U.S. scout snipers as it gave them a chance to learn more specialized sniper training, he added.

In concert with shooting drills, they exchanged methods and tactics for camouflage and concealment, and refined communication with their Korean counterparts.

“Having a two-optic system is an asset we want to show the Korean Marines,” said Solinsky, a native of Tucson, Arizona. “Being able to switch from a day scope to a night scope on a weapon system is a crucial advantage.”

Depending on the mission, the shooter may be in position for extended periods of time, said Solinsky. As light conditions change, having separate scopes alleviates the need to carry multiple weapon systems.

“We use command drills for raid missions and to take out high value targets,” said Cpl. Josh J. Neahusan, a scout sniper attached to Echo Company.

During the drill, an observer counts aloud to cue multiple snipers to fire simultaneously, increasing the chance of eliminating a target, said Neahusan, a native of Middletown, Maryland.

Communication improved through explanation and observation of command drills, Neahusan said. The U.S. snipers demonstrated by setting up firing positions in multiple locations around a target, preparing their ghillie suits and sighting in on a target.

Following the U.S. Marine’s lead, the ROK Marines practiced and tightened up their own command drills.

Aside from practicing communication, the drill helps time multiple shots to be fired as one, said Neahusan.

The shooting drills teach different strategies to complete a certain objective, according to ROK Marine Corps Sgt. Jong Hak Cha, a reconnaissance observer with 6th Force Recon Company. The drills also help the Marines with collecting data while shooting in different terrains, learning how to adjust their fire and firing in a series of synchronized drills.

The training built camaraderie between the Marines of both units, Cha said. It was his unit’s first time working with U.S. Marines and his experiences will not be forgotten, he said.

The last day of training for the snipers ended with a friendly competition between the ROK Marines and U.S. Marines.

The Marines ran a half-mile to a rally point, conducted various physical exercises and fired at targets from 500 yards away during a “stress drill.”

Cha also said training with the U.S. Marines helped identify the pride all Marines share as a force in readiness. 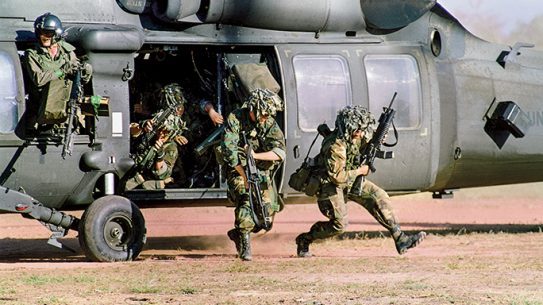