The following is a release from Cheryl Pellerin, DoD News, Defense Media Activity:

Work spoke during a dockside ceremony just before DARPA Director Arati Prabhakar christened the vessel Sea Hunter, a name that describes the planned capabilities of the 130-foot twin-screw trimaran — a boat with a main hull and two smaller outrigger hulls.

“I’ve been waiting for this day for a long time,” Work told the audience.

“We are in a period of incredible technological flux. Advances in autonomy and in artificial intelligence and autonomous control systems and advanced computing and big data, and learning machines and intuitive graphic visualization tools, metamaterials, miniaturization — they’re leading us to a time of great human-machine collaboration,” he added.

“This will be a change just like other momentous changes in our society,” Work said. “You see this human-machine collaboration in our businesses and manufacturing now, you see it in our daily lives, and you’re going to see it increasingly in warfare.”

DARPA developed and built the technology-demonstration vessel through its anti-submarine warfare continuous-trail unmanned vessel, or ACTUV, program. The new class of oceangoing vessel can travel thousands of kilometers over open seas for months at a time without crewmembers, but always with remote human supervision, according to a DARPA news release about the ship.

Potential missions initially will include submarine tracking and countermine activities, Prabhakar said during a media briefing after the ceremony.

At-sea testing on a surrogate ship has shown that Sea Hunter’s autonomous navigation software can operate the ship in compliance with maritime laws and conventions for safe navigation, including the 1972 International Regulations for Preventing Collisions at Sea published by the International Maritime Organization to prevent collisions between two or more vessels, the release said.

Sea Hunter follows these rules using advanced software and hardware that act as automated lookouts, allowing the ship to operate safely near manned maritime vessels in all weather and traffic conditions, day or night, according to the release.

“We’ve just gotten to the point where we can put this in the water and christened it and now for the next two years we’re going to be working really closely with the Navy to figure out what are those first few missions and how do you really make it work,” Prabhakar said.

“They might be very simple things before we get to … future [capabilities],” the director added. “They might be as simple as learning how to trail … a submarine that’s really quiet or clearing mines … and over time I think it can be fully transformative of maritime operations.”

To test the ACTUV prototype, DARPA signed a memorandum of agreement in September 2014 with the Office of Naval Research to jointly fund an extended test phase. DARPA officials said they will collaborate with ONR to fully test the capabilities of the vessel and several payloads during open-water testing.

Testing is scheduled to begin this summer off the California coast after a preliminary checkout and movement to San Diego. If it is successful, the program could transition to the Navy by 2018, DARPA says.

During an interview on the way to Portland Wednesday, Work called the Sea Hunter and its capabilities an inflection point.

The completely robotic ship has a range of 10,000 nautical miles at 12 knots and the prototype cost $23 million to produce, the deputy secretary said. After it’s been tested and multiple ships are produced, it will cost about $15,000 to $20,000 a day to operate, he added.

“If [Sea Hunter] can demonstrate its range, if we can validate its operating cost per day and prove that it’s safe to operate,” he said, “then to me it opens up a whole new vista of things that the Navy can do.”

The ship also can be scaled up to handle heavy payloads, Work said, such as variable-depth sonar.

After NRL has completed testing of Sea Hunter, Work said he wants to push the Navy to turn the ship over to operators from the 3rd Fleet and the 7th Fleet to see what they can do with it.

The 3rd Fleet’s area of responsibility includes 50 million square miles of eastern and northern Pacific Ocean areas, including the Bering Sea, Alaska, the

Aleutian Islands and a sector of the Arctic. The 7th Fleet’s area of responsibility includes more than 52 million square miles of the Pacific and Indian Oceans, from the International Date Line to the east coast of Africa, and from the Kuril Islands in the north to the Antarctic in the south.

“We’ve made a lot of advances in unmanned aerial vehicles but we’re in the walking stage for unmanned surface vessels except for those that operate in general vicinity of a ship’s line of sight,” Work said.

“[Sea Hunter] is a ship that you just sit down over the horizon and it might be able to do an awful lot of things that you don’t want a manned platform to do,” the deputy secretary added, “especially in an area where there’s a lot of anti-access, -area denial threats.” 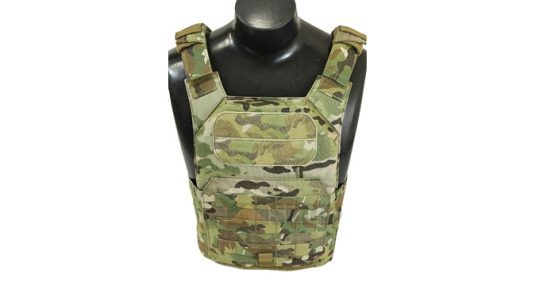