Seattle police shot and wounded an armed suspect during a narcotics investigation recently. Officer body cam footage shows the entire stop go down, where a suspect attempted to flee in a vehicle. Officers spotted a firearm at that time and engaged the suspect in a hail of gunfire. 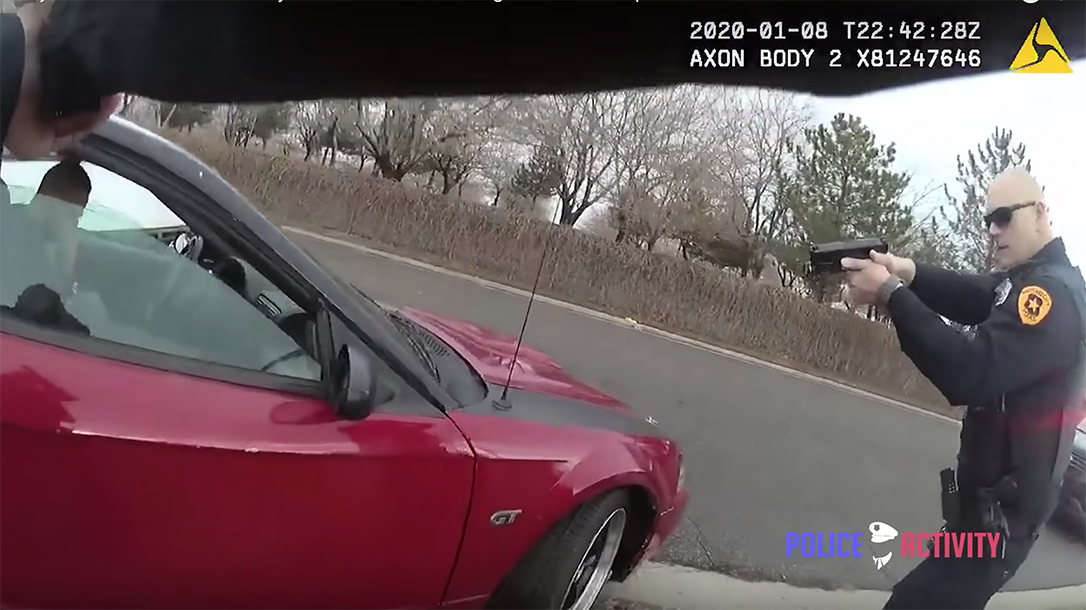 Officers originally arrived in the area to conduct a narcotics operation, responding to community complaints, according to spdblotter.seattle.gov. Police then attempted to arrest a suspect in a vehicle, ultimately observing the suspect was armed.

As Seattle PD officers questioned the man, footage shows the suspect suddenly stomp on the gas, attempting to speed away. Officers then open fire on the unidentified 25-year-old suspect, striking and wounding the man, according to spdblotter.seattle.gov. Officers transported the man to Harborview Medical Center with what officials described as non-life-threatening injuries.

However, for officers, the video remains a stark reminder of just how quickly a situation can turn. After speaking with the initial officer, who clears the man on his identification, narcotics officers approach. The suspect appears to comply, answering questions. It’s one of those situations where officers could potentially relax.

But then the suspect turns in an instant, mashing the gas pedal in an attempt to flee. Even more troubling, officers spot a gun. In an instant, the routine became an officer-involved shooting.