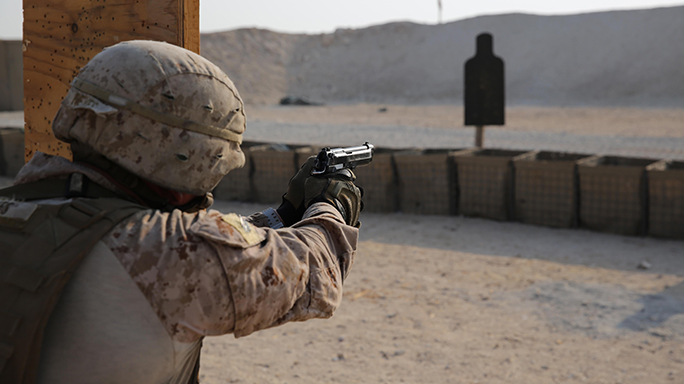 Enthusiasm: it’s one of the intangible characteristics that separate Marines from every other branch of service. Austere conditions, limited resources, and daunting odds are reduced to nothing more than minor setbacks when put before a group of Marines.

This is exactly the mindset shared by security force Marines with Marine Wing Support Squadron 371 took to their latest range, while deployed in Southwest Asia, Aug., 19, 2015.

“I’m not the type of person who enjoys shooting in static positions at a fixed yard line,” said Sgt.Torrence Nelson, a platoon guide and weapons instructor with MWSS-371. “I think that it lacks realism, and Marines lose interest in that. Shooting on the move and engaging targets from multiple yard lines sparks interest within the Marines because it forces them to have a more combat oriented mindset. It’s a more accurate simulation of what they would be doing in an actual combat environment. Taking all that into consideration, we decided to create this range.”

Training and motivation go hand-in-hand for Nelson, a Las Vegas native. Without both being present, he doesn’t feel as if he is pushing Marines to their limits.

“I try to apply a certain energy to things that helps to engage others. Without motivation, a Marine just becomes a body following orders; with it comes strong bonds that help you to overcome nearly anything.”

Nelson’s desire to train and inspire stems from his understanding of the platoon plays in protecting Marines. He knows their efforts make others successful. Nelson seeks to inspire them through actions and not just words.

“Our mission as Security Forces is to protect Marines on our base,” said Nelson. “It really comes down to protecting military assets and personnel. Standing post for hours every day becomes tedious. It becomes boring. And, we don’t want Marines to lose sight of what they are here for. Marines perform not because they’re told to, but because they see value in it. That creates better results 10 times out of 10. ”

The platoon’s enthusiasm is easily mirrored in the security force Marines. Although they were drenched in sweat and the sweltering heat continued to climb, none of it seemed to hinder their performance.

“You have to have enthusiasm while out here,” said Lance Cpl. Ethan Johnston, a security force Marine with MWSS 371. “If you don’t you aren’t going to sound off and you’re not going to be in the moment. Staying fully aware of what you are doing is important no matter what. Even if it’s just training you need to be fully engaged with what you do or you won’t be effective.”

Understanding what inspires people is just as important as understanding what you are teaching them to accomplish, says Nelson. Once Nelson discovered the right ingredients for success, he made sure to apply it everywhere he could.

“It’s an overwhelmingly good feeling knowing that we play such an important role out here,” said Nelson. “Knowing that what we do prepares Marines to save lives, leaves me with a feeling that can’t really be described. At the end of day, I want the Marine out here to leave with revitalized morale and a sense that what they do is important. We are doing what needs to be done to protect those back home.” 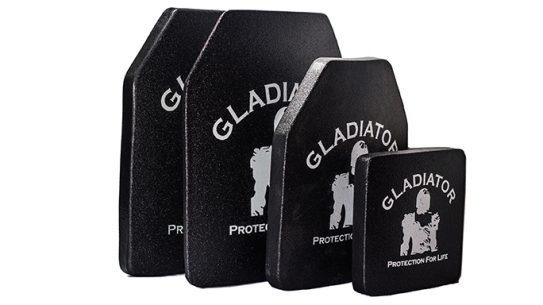