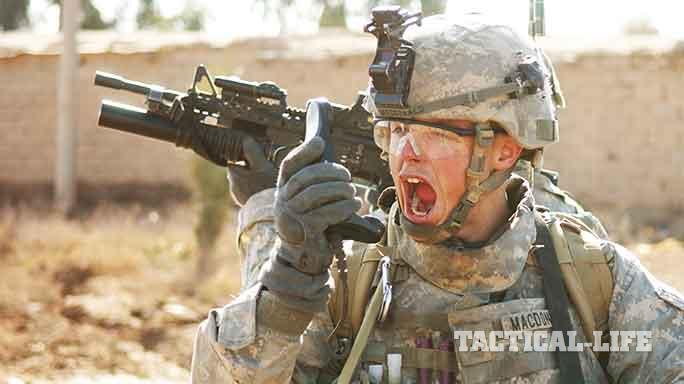 "Sentient data," or information that can feel and perceive things, might one day protect Soldiers and their networks, said a leading scientist at U.S. Army Training and Doctrine Command's Mad Scientist Conference at Georgetown University in Washington, D.C., April 30, 2015.
(Photo by Air Force Staff Sgt. DeNoris A. Mickle)
Comment(s)

WASHINGTON (Army News Service, April 30, 2015) — “Sentient data” that can feel and perceive things might one day protect Soldiers and their networks, a leading scientist said.

The conference’s theme: “Maintaining Relative Technological Advantage for the Army from 2025 to 2040,” addressed how existing technologies will be used in new ways in 2025 and beyond and what new technologies would become game changers then.

One scientist opined that in the future, people could have sensors implanted in them that would be able to communicate and transmit data to other sensors in other people and systems, Greco said.

Soldiers would “be able to conduct certain functions without having to make a conscious interaction into that loop,” he said, meaning that the data being transmitted could provide situational awareness and mission command functions.

The sentient data could also enhance Soldier potential for learning, much the same way a computer can teach a person how to become a grand master at chess, he said. It would be a man-machine partnership.

This would also reduce system crashes and make life much simpler for Soldiers, Phillips said. By simpler, he said, sentient data would know just the right amount of information a Soldier needs for decision making. Currently, there is so much data out there that it can produce cognitive overload.

The effect this would have on social interactions for an Army formation might impact order and discipline in ways that are unanticipated. “Ambiguity is kind of a lubricant in personal relationships” but what happens when “you have total knowledge and accountability?”

There were many things discussed at the conference besides sentient data. Among them were ways to achieve cognitive dominance on the battlefield and the effects of genetic manipulation.

Col. Christopher G. Cross, chief of the Science and Technology Division, Army Capability Integration Center, TRADOC, said more studies need to focus on the brain and how it learns. According to Malcolm Gladwell’s book, “Outliers,” it requires 10,000 hours of training or practice to achieve mastery.

The Army would like to cut that number down, Cross said, especially as weapons become more lethal and sophisticated. He pointed out that an Apache helicopter today has lethality equivalent to a battalion of World War II Soldiers.

In the future, a platoon may have twice the combat power it does today. Would that be too much responsibility for a second lieutenant? Would a captain be needed to command that platoon? The Army thinks not, he said, so a lot more work on ways and techniques to mature leaders quickly needs to be done. “The human component needs to be the centerpiece of all development.”

Phillips said one way to decrease training time or make training more effective given the same amount of time, is to “identify stressors in combat and reproduce those in training with the intent to reduce cognitive dissonance between training and combat so less time is needed adjusting to conditions.”

Cross said what surprised him most at the conference was learning just how fast the biological sciences are advancing in terms of genetic manipulation and what impacts that might have on the Army.

The first forays into genetic manipulation will be altering DNA to eliminate diseases or provide enhanced capabilities in embryos. Then, that research could focus on changing the genetic structure of adults. “This caught me off guard,” he said.

While this would likely not occur in the United States due to ethical and moral repulsion, state and non-state actors, who are our potential adversaries, would no doubt want to use it against us, he said, meaning designing super soldiers.

Greco said that this could give the enemy a temporary tactical advantage. However, by seizing the moral high ground, the United States could win strategically, as war has always been a human endeavor and others would recognize the repugnancy of their actions.

Cross said concepts, like the “Army Operating Concept: Win in a Complex World,” and capabilities, like new technologies discussed at the conference, will provide the framework for the Army as it moves to 2025 and beyond.

In the early 1970s, TRADOC’s first commander, Gen. William E. DePuy, believed that emerging capabilities would drive the way the Army would fight in the future. In other words, Cross said, capabilities trump concepts.

The second TRADOC commander, Gen. Donn A. Starry, said his predecessor was wrong and that concepts would drive the capability and development of the Army. “I think if we could sit them at a table today, they would agree that they were both right,” Cross said.

Greco said TRADOC will continue to provide venues like this one, reaching out for ideas outside the Army community. Besides those in attendance at the conference, he said there were many others watching it via streaming video and they were interacting as well using social media. It added many voices to the milieu. 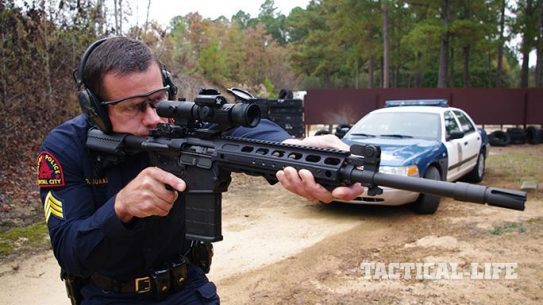 Modular AR Carbines that quickly transform from 7.62mm to 5.56mm to tackle any threat!